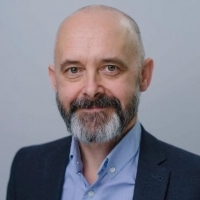 Investigators are piecing together the association between depression and severe inflammatory bowel disease (IBD) symptoms, which could open up new therapies targeting high-risk patients.

A team led by Ben Wilkinson, Mental Health Research Group, College of Medicine and Health, University of Exeter, conducted a new cross-sectional study examining the role of emotional processing biases in contributing to depression for IBD patients in 120 patients.

Of the 120 study participants, 104 volunteers completed a questionnaire that included inquiries on age, sex, social support, socioeconomic status, anxiety, and depression, while 112 underwent assessments of biases in emotional recognition, emotional memory, and reinforcement learning and had recorded from clinical records the type of IBD, duration of the disease, and IBD activity.

The investigators found that 68 participants had Crohn’s disease and 49 had ulcerative colitis. Of these patients, 35 had active disease and 26 had depression.

The patients who had depression were more likely to be female, lacked social support, had active disease, and were taking corticosteroids, but not TNF-alpha inhibitors, while exhibiting less positive emotional recognition bias.

On the multivariable regression analysis, depression was linked independently with a lack of social support (unstandardized regression coefficient (B) = −1.40, P = .02) and increased disease activity (B = 1.29, P = .03).

“These findings are preliminary but suggest that negative cognitive biases associated with IBD activity may lead to the development of depression in people with IBD,” senior author Chris Dickens, PhD, of the University of Exeter, said in a statement. “Our results could indicate novel ways to treat or even prevent depression in people with IBD, though our findings require replication in prospective studies, which will allow us to draw stronger inferences on the causal association of cognitive biases with depression."

Representing the first study demonstrating links between disease activity and less positive biases in emotional recognition could explain the higher rates in depression for active IBD patients, the authors said future prospective studies are warranted to confirm the effects of emotional processing biases in depression, allowing for stronger causal inferences.

Investigators have long known about the link between IBD and other disorders such as depression and anxiety.

After analyzing a cohort of IBD patients in Switzerland from 2006 to 2015, a 2016 research team discovered an association between depression and anxiety and clinical recurrence of IBD in patients over time.

The rate of depression was 3 times higher in IBD patients than in those free from gastrointestinal disorders.

Crohn’s disease patients also reported higher median depression scores and poorer ratings for their quality of sleep in a different study. Both of these factors impacted more severe cognitive impairment.

The study, “Factors associated with depression in people with inflammatory bowel disease: The relationship between active disease and biases in neurocognitive processing,” was published in Neurogastroenterology & Motility.
Copyright® ConsultantLive 2019 Intellisphere, LLC. All Rights Reserved.