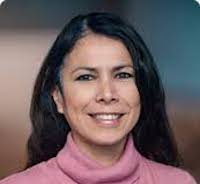 Whether or not an individual responds to oral iron supplementation could be a predictor of symptom improvement for sleep movement disorders.

A team of investigators, led by Lourdes M. DelRosso, MD University of Washington, identified children who respond to oral iron supplementation as evidenced by increased ferritin levels and factors that correlate with improvement in ferritin levels in those who respond.

Overall, the investigators included 77 children in the study, 42 of which were classified as responders (increase in ferritin of ≥10 µg/L) and 35 were nonresponders.

Age and sex were not different between the 2 groups and adherence was the only significant predictor of an increase in ferritin of ≥10 µg/L.

A significant correlation was found between treatment duration and ferritin level changes in responders, but this was not found in nonresponders.

Sleep duration was assessed with 1 week of continuous use of triaxial accelerometer. Symptoms of emotional disorders such as anxiety and depression and behavioral disorders, including oppositional defiant, conduct, and ADHD, were measured by semistructured clinical interviews using the Preschool Age Psychiatric Assessment and the Child and Adolescent Psychiatric Assessment with parents and children from age 8.

The associations were statistically significant among boys compared with girls at 8 and 10-years old. Symptoms of psychiatric disorders did not forecast sleep duration at any age.