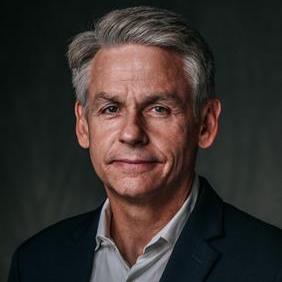 Earlier this year, HCPLive® hosted a Regional Seminar Series on topics and insights in psoriatic arthritis and rheumatoid arthritis.

The Houston-based event featured a case-based discussion with James E. Mossell, DO, of the Tift Regional Medical Center, and highlighted current practices and promising innovations in various fields of rheumatic care.

In an interview with MD Magazine®, Mossell detailed some of the biggest topics from seminar, shared his perspective on the current makeup of rheumatology care teams, and shared insight on the biggest developments in arthritis therapy.

MD Mag: What were the topics discussed in your seminar talk?

Mossell: My program centered around inflammatory arthritis—mostly rheumatoid arthritis, psoriatic arthritis, and non-radiographic axial spondyloarthritis. And it centered around newer studies pertaining to those topics that were of interest, some drugs which had been approved, and some which are in the process of phase 3 trials that I presented to the audience. I felt like the audience was engaged, and we had a good turnout.

MD Mag: There's been a lot of great advancement in the fields, in terms of therapies. Are there any in particular that you could highlight as the most critical and advancing for rheumatologic care?

Mossell: Upadacitinib (RINVOQ) was just approved late summer, and is a product made by AbbVie. It's a JAK inhibitor for rheumatoid arthritis. That's been a new development, which I think is worth talking about, that was not included in my program. There are other drugs that are on the market, such as ustekinumab (Stelara), that have had some new developments.

Also, ixekizumab (Taltz) is about to have, I think probably next year, approval for ankylosing spondylitis in the non-radiographic axial spondyloarthropathy. So, I think more indications for existing products is what I'm touching on. RINVOQ has been the newest product to come out.

MD Mag: With relation to other specialties and healthcare overall, how has fluctuating personnel staffing levels affected rheumatology?

Mossell: Well, there certainly is a shortage of us. We're certainly implementing more midlevel providers to help. I think that's probably the wave of the future, because I don't see funding for rheumatology positions increasing in the near future. So, I think that's an issue. We have a dedicated staff member who all they do is pre-search for drugs, which I'm not sure why we as physicians put that on, because we get zero reimbursement for that.

So from a business perspective, for whatever reason, we did this years ago as a courtesy for our patients, and now it's almost an expectation that we're paying a full-time staff member to do things that we don't get paid for, which from a business perspective doesn't make sense. So I think certainly that needs to change moving forward because, with changes and reimbursement, it just doesn't make sense for us.

MD Mag: What's the level of collaboration among rheumatologists and other specialists, particularly when treating common comorbid conditions?

Mossell: Certainly from the lupus perspective, we collaborate with nephrology. In the rheumatoid space, cardiology, because that's the predominant cause of mortality. Chronic inflammation causes heart disease. So, I think that needs to increase over time, that we pay more attention to that. I think that probably needs to improve. There's some cooperation with pulmonology too, if they have lung disease.

So I think mainly, it's pulmonology, cardiology, nephrology. There's a little bit of dermatology with psoriasis, but they quite frankly, I think, don't want to write for a lot of these drugs, because they don't want to do all the work behind it, and they don't have as much familiarity with some of this stuff. So I think that's mainly falling on us, when somebody has psoriasis and psoriatic arthritis.

MD Mag: Among the conditions discussed at the seminar, which do we still have the greatest hurdles in improving care for, and what do those challenges look like?

Mossell: I still think there's room for improvement with rheumatoid arthritis. I'm very much involved in population health. And I still don't think we have a unified group of us who are measuring things consistently and then treating to target the way we should be to get patients in remission quickly. I still think that needs work. We certainly need some better biomarkers for psoriatic arthritis to determine what their level of activity is, as far as disease. So I still think we don't really have good markers for that. That's an ongoing problem.

So, I think just managing these large populations—we're all kind of doing the same thing, and treating aggressively to either load disease activity or readmission. There's a lot of docs who are still measuring anything to determine whether that's happening. I think that's going to have to happen eventually.

MD Mag: Is there anything else you would like to add?

Mossell: I think the seminar was great. I think the ideas discussed were very good. It's going to be important for us to try to stay on the cutting edge of products that look promising, ones might be released in the near future, or any new indications. I think that's probably the way it needs to continue.
Copyright® ConsultantLive 2019 Intellisphere, LLC. All Rights Reserved.