Many Misuse Aspirin for Prevention of Cardiovascular Events 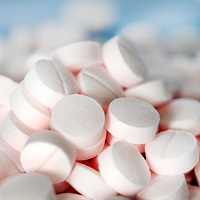 A recent analysis has found that nearly 50% of patients using aspirin for primary or secondary prevention of cardiovascular disease were failing to follow proper use guidelines.

Results of the analysis revealed 36% of patients were underusing aspirin per the 2009 USPSTF recommendations and an additional 9% of users were self-medicating without an indication for use.

In an effort to assess rates of over and underuse of regular low-dose aspirin in those with an increased risk of cardiovascular disease, investigators conducted an analysis using data from patients in five Upper Midwestern states in 2015. Through a telephone survey, investigators collected data including demographic, health history and aspirin use information from more than 3500 adult patients.

For inclusion in the study, male patients needed to be between the ages of 45 and 79 and female patients needed to be between 55 and 79 years of age. Additionally, patients included could not have a history of gastrointestinal bleeding, aspirin allergy, or anticoagulant use. Investigators defined primary prevention with low dose aspirin as those with age- and sex-specific elevated risk based on USPSTF recommendations.

“There are significant portions of the population incorrectly using or not using ASA for primary prevention,” investigators wrote. “There is a need for increased public and healthcare provider awareness of the appropriate use of ASA(regular low dose aspirin) to maximize CVD prevention.”