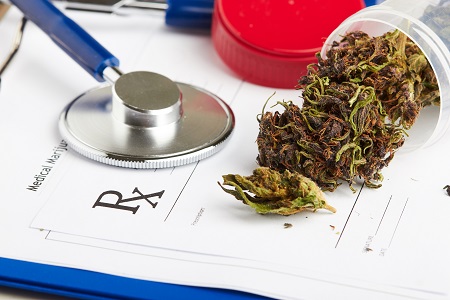 A new study examining the use of medical marijuana in patients with chronic pain indicated the approach could help achieve better sleep, but this effect may not be permanent.

Results of the 128-person study found the use of medical marijuana could help chronic pain sufferers sleep through the night, but that progress could be short-lived as the same study indicated patients could develop a tolerance and negate the therapeutic effects.

With medical cannabis legalized in more than 30 states and gaining steam in other regions throughout the world, a team of investigators from Israel conducted a trial comparing medical marijuana users to non-users to promote sleep in patients with chronic pain. All patients included in the study were at least 50 years old and recruited from the Rambam Institute of Pain Medicine in Haifa, Israel.

Investigators noted multiple patient exclusion criteria including diagnosis of PTSD, anxiety, clinical dementia, multiple sclerosis, Parkinson disease, brain tumor, traumatic brain injury, stroke or serious mental illness, cancer patients who currently receive chemotherapy, and individuals who do not understand Hebrew. Patients using medical marijuana were only eligible for the group if they had been using for at least 1 year prior to data collection.

Patients' sleep was measured using 3 indicators of insomnia measured on a seven-point Likert scale: "how often during the last month have you had problems falling asleep, woken up early in the morning without being able to fall back asleep, or  woken up during sleep?"

Multiple variables were included in the investigators' analyses, including age, sex, pain level, and use of sleep and anti-depressant medication.

Of the 128 individuals included in the study, 66 were medical marijuana users and 62 were classified as non-users. In regard to baseline characteristics, investigators noted non-users were slightly older (63±6 years versus 60±6 years, P = .003) and less like to be male than their counterparts in the medical marijuana group (58% vs 40%, respectively, P = .038). Medications use and pain levels were similar between the 2 groups.

When comparing the 2 groups, medical marijuana users were less likely to wake up at night (M = 4.59 versus M = 5.54, P = .018), but investigators noted no other differences between the groups in regard to sleep other sleep measures. an additional analysis of only medical marijuana users revealed more frequent use was associated with more problems related to waking up at night and problems falling asleep.

Investigators pointed out medical marijuana use among patients varied but the mean use was 4 years and they consumed 31 grams per month on average. Additionally, the average THC level among users was 15.6% and the average CBD level was 2.84%.

Based on the results of their study, investigators call for additional studies to examine the ideal usage for medical marijuana in patients with a high prevalence of sleep issues. Citing limitations in the design of their study, investigators caution the result show no causal inferences could be made in regard to impact of medical marijuana on sleep.

This study, titled “Medical cannabis and insomnia in older adults with chronic pain: a cross-sectional study,” was published online in the BMJ.
Copyright® ConsultantLive 2019 Intellisphere, LLC. All Rights Reserved.