Minorities With Opioid Use Disorder Have Less Access to Proper Medications 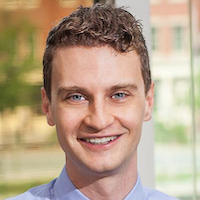 Racial and ethnic composition of a community was linked with which medications residents would be able to access while getting treated for opioid use disorder, according to new study findings.

The findings suggested that policy reforms may be warranted to ensure equal access to methadone and buprenorphine among all patients with opioid use disorder.

Brandon D. L. Marshall, PhD, and a team of investigators examined the extent that racial and ethnic segregation played a role in who received methadone and buprenorphine. The team included all counties and county-equivalent divisions in the US in 2016 and obtained data on racial and ethnic population distribution from the American Community Survey.

Marshall, from the epidemiology department at Brown University School of Public Health, and colleagues used Substance Abuse and Mental Health Services Administration databases to collect information on locations of facilities that provided methadone and buprenorphine. The investigators analyzed the data from August 22, 2018-September 11, 2019.

The investigative team created 2 separate measures for each county. The index of dissimilarity represented to proportion of a group that would need to move to create a uniform distribution of the population by race/ethnicity. The index ranged from 0 (proportion of each group in each census tract was same as proportion in the population as a whole) to 1 (indicated that each tract contained members of only 1 group).

The second measure was the index of interaction, which represented the probability that a member of 1 group would meet or interact with someone in another group. The index ranges from 0-1 and the highest was when both groups had equal numbers and were spread evenly across the tracts.

The team defined a methadone facility as a licensed opioid treatment program. For buprenorphine, the facility was a location where >1 waivered healthcare provider was listed as maintaining a practice.

The trend was similar among interactions of a Hispanic/Latino resident with a white resident. With each 1% decrease in probability of an interaction there were .3 more methadone facilities per 100,000 population.

The study authors suggested that reforms to existing governing regulations should be made to ensure that both medications are equally accessible to all individuals, regardless of their race/ethnicity.

The study, “Association of Racial/Ethnic Segregation With Treatment Capacity for Opioid Use Disorder in Counties in the United States,” was published online in JAMA Network Open.
Copyright® ConsultantLive 2019 Intellisphere, LLC. All Rights Reserved.