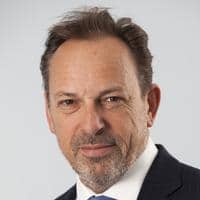 Early pregnancy loss, including miscarriage and ectopic pregnancy, is associated with high levels of psychological stress, and in particular, post-traumatic stress.

The investigators hope the findings will encourage women to speak more openly about miscarriage and ectopic pregnancy and help others understand the impact of early pregnancy loss on women, lead author Tom Bourne, PhD, said in an interview with HCPLive®.

Bourne, a professor of gynecology practice in the Department of Surgery & Cancer at Queen Charlotte’s and Chelsea Hospital London, and colleagues analyzed more than 650 women who experienced early pregnancy loss.

Women eligible to participate in the study received a diagnosis of a miscarriage, an ectopic pregnancy, or were classified as having a persistent pregnancy of unknown location. Those diagnosed with miscarriage were offered clinically appropriate options of expectant, medical—misoprostol administered by patient at home—or surgical treatment. Women with ectopic pregnancy were offered expectant treatment, methotrexate, or surgical intervention.

In a questionnaire, participating women provided demographic information, symptoms, views on pregnancy loss, and the healthcare they received. Participants also completed multiple psychometric screening questionnaires so the investigators could analyze the level of anxiety, depression, and post-traumatic stress in the women.

The 14-item Hospital Anxiety and Depression Scale measured symptom severity (score between 0–21; >11 indicated moderate-to-severe symptoms). The investigators also used the 17-item Post-traumatic Stress Diagnostic Scale, which assessed for a probable diagnosis of PTSD in response to trauma and provided a score of symptom severity (ranging between 0–51). Participants were diagnosed if they experienced avoidance, hyperarousal, and reexperiencing; showed interference of activity; and had an overall severity score >18.

Although the investigators found high levels of post-traumatic stress in this population during a previous small pilot study, the team was still surprised over the high levels as clinically it has been underappreciated, Bourne said.

“Having a greater appreciation of the results hopefully with enable friends, colleagues, employers, and family members to better support women and their partners going through a pregnancy loss,” he said.

Women who experience pregnancy loss do not often talk about it and suffer in silence with little support. The findings could help individuals spot the symptoms so women can seek help and get the required treatment.