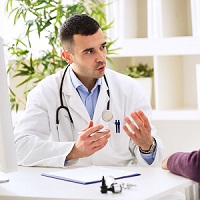 A team, led by Kento Takenaka, PhD, Department of Gastroenterology and Hepatology at Tokyo Medical and Dental University, developed a new deep neural network system for consistent, objective, and real-time analysis of endoscopic images from patients with ulcerative colitis.

The investigators constructed the deep neural network using 40,758 images of colonoscopies and 6885 biopsy results from 2012 patients with ulcerative colitis who underwent colonoscopies from January 2014 to March 2018 at a single center in Japan.

The team validated the accuracy of the deep neural network algorithm in a prospective study involving 875 ulcerative colitis patients who underwent a colonoscopy from April 2018 through April 2019. This included 4187 endoscopic images and 4104 biopsy specimens.

The investigators defined endoscopic remission as an UC endoscopic index of severity (UCEIS) score of 0, as well as a histologic remission defined as a Geboes score of 3 points of less.

In the retrospective study, the investigators randomly stratified all the data into a training set and a testing set at a ratio of 8:2.

To further validate this, the investigators established the prognostic model, where the receiver operating characteristic curves and calculated areas under the curves (94.7%) confirmed an ideal predictive ability of the model with a sensitivity of 75.92% and specificity of 95.81%.

The study, “Development and Validation of a Deep Neural Network for Accurate Evaluation of Endoscopic Images From Patients with Ulcerative Colitis,” was published online in Gastroenterology.
Copyright® ConsultantLive 2019 Intellisphere, LLC. All Rights Reserved.