Neurodegenerative Biomarkers in Cerebrospinal Fluid Not Linked to Narcolepsy 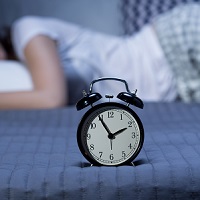 Some of the common neurodegenerative biomarkers often found in cerebrospinal fluids are not necessarily linked to narcolepsy type 1.

A team, led by Simone Baiardi, Department of Biomedical and Neuromotor Sciences at the University of Bologna, measured the levels of 5 neurodegenerative biomarkers in the cerebrospinal fluid of patients with narcolepsy type 1 with variable disease duration.

The investigators followed the standardized protocol of cerebrospinal fluid collection and storage, while measuring cerebrospinal fluid total and phosphorylated-atu, amyloid-beta 1-40 and 1-42, and neurofilament light chain proteins in 30 nonneurological controls and 36 subjects with narcolepsy type 1.

The patient population included 14 patients recently diagnoses with the disease onset—meaning less than 12 months in a short disease duration group.

The investigators found cerebrospinal fluid levels of all biomarkers were similar in narcolepsy type 1 patients, as well as in the control group. However, the comparison between narcolepsy type 1 patients with short and long disease duration revealed slightly higher levels of cerebrospinal fluid amyloid-beta 1-40 in the long disease duration group (median, 9549.5; interquartile range (IQR), 7064.2–11,525.0 vs. 6870.0; IQR 5133.7–9951.2, P = 0.043).

The team also found that cerebrospinal fluid storage time did not influence the levels of the tested biomarkers.

“The measurement of [cerebrospinal fluid] total-tau, phosphorylated-tau, amyloid-beta 1–40 and 1–42, and NfL proteins is not informative in [narcolepsy type 1],” the authors wrote.

The details of daytime dream experiences could be crucial in learning more about patients who suffer from narcolepsy.

A team, led by Carlo Cipolli, Department of Experimental and Diagnostic and Specialty Medicine at the University of Bologna, examined 30 drug-free cognitively intact adult patients with narcolepsy type-1 to assess the frequency of dream experiences developing during naps using the Multiple Sleep Latency Test (MSLT) and story-grammar analysis.

In the study, each patient was asked to report dream experiences developed during each MSLT nap, while 10 of the patients also spent voluntarily a supplementary night being awakened during the first and third-cycle REM sleep.

Patients provided dream reports, white dreams, and no dreams, whose frequencies were matched in naps with SOREMP compared to non-REM sleep.

Dreams were recalled in detail by narcolepsy type-1 patients after 75% of naps with SOREMP sleep and after 25% of naps with NREM sleep based on dream reports.

Also, 8 of the 10 patients who volunteered for the supplemental night provided dream reports after both awakenings from night-time REM sleep.

When the investigators analyzed the data using story-grammar rules, they found that SOREMP dream experiences are organized as hierarchically ordered sequences of events. These dreams tend to be longer and more complex in the first and fourth SOREMP-naps and are comparable with night-time REM dream experiences.

The once-daily drug from Jazz Pharmaceuticals is approved with doses of 75 mg and 150 mg for patients with narcolepsy.

The approval of solriamfetol is based on data from the Treatment of Obstructive sleep apnea and Narcolepsy Excessive Sleepiness (Tones) phase 3 clinical program, which included 4 randomized placebo-controlled studies that demonstrated the superiority of the drug relative to placebo.

In the 12-week clinical studies, approximately 68-74% of patients taking a 75 mg dose of solriamfetol and 78-90% of patients taking the 150 mg dose reported improvement in their overall condition, as assessed by the Patient Global Impression of Change scale.