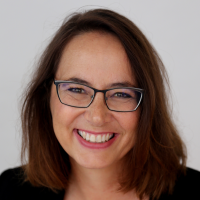 A combination of reduced-harm, non-cigarette nicotine products could provide a small improvement to a person’s smoking cessation efforts, according to a new study.

A team of investigators from the University of Auckland’s National Institute for Health Innovation found that combining nicotine patches with an electronic cigarette which includes nicotine could slightly improve a person’s nicotine cigarette smoking cessation with no risk of serious, short-term harm.

The findings, reported by Natalie Walker, PhD, and her fellow New Zealand colleagues, is the first of the team’s knowledge to assess second-generation e-cigarettes for smoking cessation within a general population, using the selection of e-cigarettes and e-liquid based on advice from vaping retailers.

Walker and her team noted about 7 clinical trials have previously investigated the efficacy and effectiveness of e-cigarettes for smoking cessation, showing an overall net benefit. But only 4 included a primary outcome of six-month smoking abstinence, and just 2 tested a second-generation e-cigarette device.

This limited data comes in spite of the fact that many countries use nicotine-based e-cigarettes to aid in smoking cessation.

The pragmatic, three-arm, parallel trial included adult smokers who were naïve to e-cigarettes and were motivated to quit smoking. All participants were recruited from the general population with national media advertising.

Participants were also offered 6 weeks of telephone-based behavioral support as part of their cessation efforts. Investigators advised participants use 1 daily patch, with e-cigarette use as and when necessary or desired.

They also noted that self-reported quit rates at all timepoints of the trial were in favor of participants who took patches plus nicotine e-cigarettes, explaining the reduced significance of benefit for the combination cessation strategy due to smaller participant size.

That said, when looking at continuous abstinence from smoking, nicotine patches plus nicotine e-cigarettes were confirmed to be associated with long-term smoking cessation in 3-7 more smokers per 100 than alternative methods.

Walker and colleagues called for future e-cigarette trials which focused on use alone or in combination with common cessation support.

The study, “Nicotine patches used in combination with e-cigarettes (with and without nicotine) for smoking cessation: a pragmatic, randomised trial,” was published online in The Lancet Respiratory Medicine.
Copyright® ConsultantLive 2019 Intellisphere, LLC. All Rights Reserved.