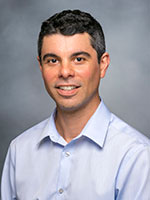 A new study is uncovering more about the potential impact of human versus analogue insulins on mortality and major cardiovascular events (MACE) in patients with type 2 diabetes (T2D).

The study, which examined more than 125,000 patients with T2D found there was little difference in rates of MACE, cardiovascular disease mortality, and overall mortality based on insulin type among insulin-naive adults.

With a lack of studies examining the potential differences between outcomes when using human or analogue insulins, investigators from Healthcare Services Research Network conducted a study across 4 US sites to assess from 2000 through 2013. A total of 127,600 adults between the ages of 21 and 89 years old with T2D were included in the retrospective cohort study.

Investigators noted multiple differences in baseline characteristics between the 2 study arms. The analogue insulin group was slightly younger (58.8 [13.2] vs 59.5 [12.5] years) and had a higher rate of comorbidities—including coronary artery disease (18.7% vs 16.1%), cerebrovascular accident (2.2% vs 1.6%), and congestive heart failure (7.6% vs 6.5%). Investigators pointed out mean HbA1c levels, blood pressure, and smoking rates were similar between both groups.

Based on the results of their analyses, investigators suggest those who initiate and continue treatment with human or analogue insulins experienced had similar observed rates of MACE, cardiovascular disease mortality, and overall mortality.