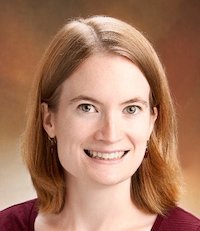 In a departure from what clinicians have seen in the past, new data from the University of Pittsburg has found pediatric primary care visits have been declining for nearly a decade.

The study, led by Kristin Ray, MD, MS, assistant professor of pediatrics at the University of Pittsburgh School of Medicine, found the amount of pediatric primary care visits for commercially insured patients declined more than 14% between 2008-2016, while preventive care visits increased by 10% during that same period.

“There’s something big going on here that we need to be paying attention to,” Ray said. “The trend is likely a combination of both positive and negative changes. For example, if families avoid bringing their kids in because of worry about high co-pays and deductibles, that’s very concerning. But if this is the result of better preventive care keeping kids healthier or perhaps more physician offices providing advice over the phone to support parents caring for kids at home when they’ve got minor colds or stomach bugs, that’s a good thing.”

To expand the present knowledge of trends in pediatrics and primary care, Ray and colleagues conducted an observational cohort study of claims data from 2008-2016 involving children 17 years old and younger who were covered by a national commercial health insurance company. For the purpose of their analyses, investigators assessed visit rates, out-of-pocket costs, visit type, and other factors.

In analyses adjusted for demographic characteristics, the observed regression-estimated change in primary care visit rate across the 9 years included was similar to that of the unadjusted analysis (−12.9%; 95% CI, −13.3 to 12.4). A sensitivity analysis that included only 1 child-year per child also yielded a similar regression-estimated change of 12.8% (95% CI, −13.3 to −12.2).

The decline in primary care visits rates were apparent across all patient subgroups included in the study and interactions between patient characteristics and year were all statically significant with the exception of sex.

Investigators pointed out a 42% increase in out-of-pocket costs for problem-based visits during the study period—noting the inflation-adjusted median household income only increased 5% during this time.