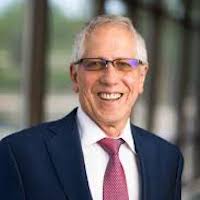 The response rate of antidepressant medications can be low when pharmacogenomics are not taking into account for patients suffering from major depressive disorder (MDD).

However, studies show only half of patients with moderate-to-severe major depressive disorder respond adequately to their first medication.

While pharmacogenomics could improve outcomes by identifying genetically inappropriate medications, studies in the past have not adequately explored the full potential of this option.

The Genomics Used to Improve DEpression Decisions (GUIDED) trial included 1167 outpatient diagnosed with major depressive disorder and with a patient or clinician reported inadequate response to at least 1 antidepressant.

In the study, patients were randomized to either a treatment as usual group or a pharmacogenomics-guided intervention group where clinicians had access to a pharmacogenomic test report to inform medication selections.

This information was used to guide their medication selections.

The investigators considered medications that were congruent or incongruent with the test results. The patients were unblinded after week 8.

The team sought primary outcomes of symptom improvement at week 8, defined by the change in the 17-item Hamilton Depression Rating Scale (HAM-D17).

While the investigators required at least 1 failed medication for the trial, the mean number of failed medications was 3.51. General anxiety disorder was also the most common psychiatric comorbidity of the study’s population.

The study, “Impact of pharmacogenomics on clinical outcomes in major depressive disorder in the GUIDED trial: A large, patient- and rater-blinded, randomized, controlled study,” was published online in the Journal of Psychiatric Research.
Copyright® ConsultantLive 2019 Intellisphere, LLC. All Rights Reserved.