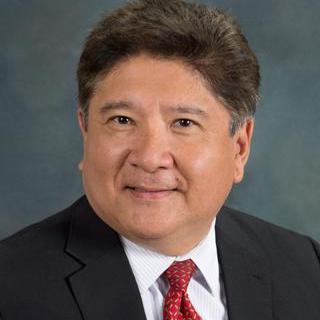 Prenatal vitamin D supplementation has no benefit for reduced asthma incidence in children at 6 years, according to new findings.

Investigators from the Vitamin D Antenatal Asthma Reduction Trial (VDAART) study program previously reported that vitamin D supplementation in expecting mothers was associated with a reduced risk of asthma and recurrent wheeze in children up to 3 years.

The findings did not recur at a follow-up assessment at 6 years among the same patient population, as reported by the team led by Augusto A. Litonjua, MD, MPH, of the Golisano Children’s Hospital at Strong, University of Rochester Medical Center in Rochester, NY.

The team conducted this follow-up after initial VDAART findings showed children, at their age 3 birthday, were at a significantly reduced risk for asthma and recurrent wheeze when their mother had taken prenatal vitamin D supplementation. Litonjua and colleagues also reported at that time that the supplementation’s effect was significantly stronger among children born to mothers with greater entry-level vitamin D levels in early pregnancy.

A further meta-analysis of the three-year VDAART data showed the potentially protective effect was strongest in women with an initial 25-hydroxyvitamin D level of ≥30 ng per mL.

Investigators continued their clinical assessment of the observed children through their sixth birthdays, as early childhood asthma is difficult to ascertain, and early wheezing is known to be a conglomerate of various phenotypes.

They examined whether prenatal supplementation of 4400 IU vitamin D3 or 400 IU of vitamin D3 daily, along with maternal levels of 25-hydroxyvitamin D, would lead to a continued decrease in asthma and recurrent incidence at 6 years.

In the follow-up, both investigators and participants remained unaware of the treatment assignments through the children’s sixth birthday. Patients had been originally recruited from 3 clinical sites across the US, and data was coordinated at Brigham and Women’s Hospital in Boston.

Eligible expecting mothers were between 18-39 years old with a then-estimated duration of ongoing pregnancy between 10-18 weeks. All had a history of asthma, eczema, or allergic rhinitis—or was giving birth to a child whose biologic father had such a history.

Annual lung function measures, as per impulse oscillometry, began at age 4, and spirometries were performed at age 5- and 6-year visits. Blood samples had been obtained from mothers at enrollment and at 32-38 weeks of gestation, to observe 25-hydroxyvitamin D levels.

A total of 806 children were included in the follow-up analysis. Baseline characteristics did not differ among treatment groups, and only cord-blood levels of 25-hydroxyvitamin D born to mothers in the supplementation group were significantly higher than control—as was known in the initial three-year study.

There was no significant effect of maternal supplementation of 4400 IU vitamin D daily on the incidence of either asthma or recurrent wheeze (interval-censored HR, 1.12; P = .25). There was, however, an observed improvement in adjusted hazard ratio estimate among children born to higher mean prenatal 25-hydroxyvitamin D levels versus those born to lower levels (HR, 0.74; 95% CI, 0.54-1.02).

Prenatal supplementation had no effect on children’s spirometric outcomes, and though there was an observed slight improvement in airway resistance among vitamin D-supplement patients, the finding did not have certain significance.

In an editorial accompanying the study, Erika von Mutius, MD, of the Institute of Asthma and Allergy Prevention at Helmholtz Centre Munich, and Fernando D. Martinez, MD, of the Asthma and Airway Disease Research Center at the University of Arizona, called the VDAART findings an illustration of the struggle to better asthma prevention while understanding its all-ages heterogeneity.

That said, a broader interpretation of asthma risk and symptoms would indicate the VDAART findings at 6 years are still beneficial to understanding vitamin D supplementation’s preventive effects.

“Although supplementation in the VDAART trial was not effective in preventing school-age asthma, vitamin D supplementation during pregnancy may still play a role in averting less persistent forms of wheezing in infants with a parental history of asthma and allergies,” they wrote. “In spite of its good prognosis, transient wheezing can be associated with severe asthma-like symptoms, especially during the virus season.”

“The effect of prenatal supplementation on airway resistance through the age of 6 years suggests that there may be prenatal programming of lung airways, but these small effects will need to be validated in future studies,” investigators concluded.

The study, “Six-Year Follow-up of a Trial of Antenatal Vitamin D for Asthma Reduction,” was published online in The New England Journal of Medicine.
Copyright® ConsultantLive 2019 Intellisphere, LLC. All Rights Reserved.