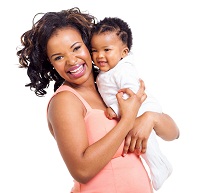 A team, led by Liane J. Kang, Department of Pediatrics at the University of Alberta, examined the link between maternal depression and stress symptom trajectories and infant fecal sigA concentrations.

Investigators in the past have found in animal models changes in the gut microbiome and immunity of offspring when exposed to direct or prenatal maternal stress but have not previously duplicated the studies in humans.

In the study, the investigators examined 1043 term infants from the Canadian Healthy Infant Longitudinal Development (CHILD) birth cohort, basing the trajectories of maternal perceived stress and depression on scored scales administered in pregnancy and postpartum.

The team quantified sigA in infant stool with Immunodiagnostic ELISA and employed linear regression and logistic regression to test the associations.

Very low fecal sigA concentrations were commonly found in infants of mothers in the antepartum and persistent depression trajectories (6% and 2% of women, respectively).

There was also two-fold risk for lowest quartile concentrations (OR, 1.86; 95% CI. 1.02-3.40). The lowering of sigA resulted in a large effect size in older infants (4-8 months), both breastfed and not breastfed.

There was also no link found in postpartum depressive symptoms (7% of women) or with any of the perceived stress trajectories.

Recently, a team led by Ryan J. Van Lieshout, MD, PhD, Department of Psychiatry and Behavioral Neurosciences at McMaster University, compared the mental health outcomes of young mothers to both older mothers and teenage women who are without children.

The investigators found that almost 2 out of every 3 young mother reported at least 1 mental health problem, with almost 40% of the study population having more than 1 mental health disorder.