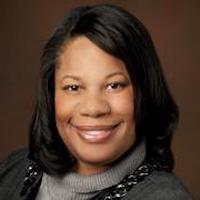 Race may play a key role when interpreting cerebrospinal fluid (CSF) biomarkers, while the ratio of phosphorylated tau 181 to β-amyloid 1-42 may have less racial differences than other biomarkers.

“This study found that African American individuals had lower levels of tau-based biomarkers that were not likely explained by the degree of disease stage or neurodegeneration reflected by hippocampal volumes,” the authors wrote. “This study suggests that race is an important factor when interpreting CSF biomarkers, especially in the clinical diagnosis of prodromal [Alzheimer disease] AD.”

The investigators believe that using the pTau181 to Aβ1-42 ratio may ameliorate these differences.

“There were no racial differences in the normal cognition group or in hippocampal volumes in the MCI group,” the authors wrote.

African Americans also had higher levels of β-amyloid 1-42, which were not significant after adjusting for demographic characteristics and cognitive performance. Diagnostic discrimination cutoffs were higher for β-amyloid 1-42 and lower for tau biomarkers in African American participants, except for the ratio of phosphorylated tau 181 to β-amyloid 1-42.