Rates of Hypertension in Pregnant Women Increasing Over Time 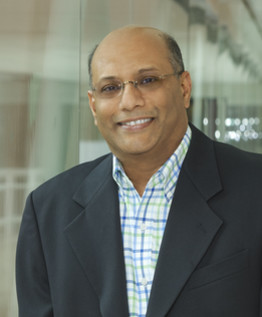 A recent study from the Rutgers Robert Wood Johnson Medical School is shedding new light on a troubling trend in cardiology.

Results of the study revealed that prevalence rates of hypertension in pregnant women have risen 6% per year between 1970 and 2010 across the United States and the greatest rates were seen among black women.

"Women who already have high blood pressure and are planning to become pregnant should work closely with their health care provider to closely monitor and manage their blood pressure, especially during pregnancy, to reduce the serious health risks to both themselves and their unborn child," said lead investigator Cande Ananth, PhD, MPH, professor and chief of the Division of Epidemiology and Biostatistics in the Department of Obstetrics at Rutgers Robert Wood Johnson Medical School.

In an effort to examine how the prevalence of chronic hypertension in pregnant women has been impacted by changes in obesity and diabetes trends, investigators performed a population-based cross sectional analysis of more than 151 women with delivery-related hospitalization in the US between 1970 and 2010.

Approximately 151.5 million childbirth-related hospitalizations of women between the ages of 15 to 49 were included in the study. Women were identified for the study using data from the Center for Disease Control’s National Hospital Discharge Survey.

"We found that mothers who were older when they became pregnant were more likely to have chronic hypertension," said Ananth. "Since more women are electing to postpone their first pregnancies, and advanced maternal age is strongly associated with chronic high blood pressure, women should be aware of the risks associated with having high blood pressure during pregnancy."

Additionally, the rate of chronic hypertension increase by an average of 6% (95% CI, 5-6) per year with the increase being slightly higher among white women (7%; 95% CI, 6%–7%) than black (4%; 95% CI, 3%–4%). Investigators noted that adjustments for changes inmates of obesity and smoking were not associated with age and period effects.

This study, “Changes in the Prevalence of Chronic Hypertension in Pregnancy, United States, 1970 to 2010,” was published in Hypertension.
Copyright® ConsultantLive 2019 Intellisphere, LLC. All Rights Reserved.