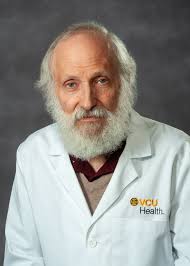 If an adoptive parent suffers from major depression, the adopted child has a higher risk for developing depression, according to a new study based in Sweden.

A team, led by Kenneth S. Kendler, MD, Virginia Institute for Psychiatric and Behavioral Genetics at Virginia Commonwealth University, attempted to clarify the role of rearing environment in the etiology of major depression.

In the study, the investigators identified 666 high-risk full sibships and 2596 half sibships containing at least 1 home-reared and 1 adopted-away sibling in a Swedish National Sample.

The protective rearing effect was not influenced by the relative education status of either the biological parents or the adoptive parents.

However, for both full and half sibships, the protective effect of adoptions disappeared when an adoptive parent or stepsibling had major depression, or the adoptive home was disrupted by parental death or divorce.

In a separate study, investigators from the UK discovered perinatal depression in mothers is associated with a greater risk of their offspring reporting psychotic experiences by 18 years old.

The study, believed to be the first to associate maternal perinatal depressive symptoms and adult offspring psychosis, indicates common development mechanisms might be driving genetic psychiatric risk—and stresses the need for increased mental health monitoring of pregnant and postnatal women.

A team, led by Ramya Srinivasan, BMBCh, of the University College London, conducted a longitudinal study of data from the Avon Longitudinal Study of Parents and Children (ASPLAC), a 14,541-participant birth cohort of pregnant women with an estimated delivery date between April 1991 and December 1992.

Ultimately, the rearing environment has a meaningful impact reducing the risk of major depression, with the effect likely mediated both by parental depression and the continuity or disruption of the home environment.

The study, “The Rearing Environment and Risk for Major Depression: A Swedish National High-Risk Home-Reared and Adopted-Away Co-Sibling Control Study,” was published online in The American Journal of Psychiatry.
Copyright® ConsultantLive 2019 Intellisphere, LLC. All Rights Reserved.