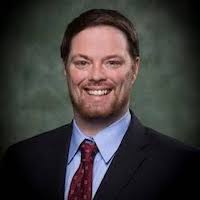 Investigators may be close to better treating schizophrenia with a new treatment that targets a specific symptom to have a positive impact on other symptoms.

A team of investigators, led by Gregory P. Strauss, PhD, Department of Psychology, University of Georgia, evaluated the efficacy of roluperidone from a network perspective.

In recent years, investigators have begun to view the manifestations of schizophrenia as interactive networks, rather than individual symptoms.

Currently, roluperidone is a compound in development that has demonstrated efficacy in the treatment of negative symptoms in schizophrenia. However, it is unknown how the drug achieves this effect from a network perspective.

The investigators evaluated macroscopic network properties to determine whether roluperidone altered the overall density of the interconnections among symptoms. Microscopic properties were also evaluated to examine which individual symptoms were most influential on other symptoms in the network and are responsible for successful treatment effects.

The new findings suggest decoupling the influence of motivational processes from other negative symptom domains is needed for producing global improvements.

“The search for pathophysiological mechanisms and targeted treatment development should be focused on avolition, with the expectation of improvement in the entire constellation of negative symptoms if avolition is effectively treated,” the authors wrote.

A major reason why patients suffering from schizophrenia do not adhere to medication is the current stable of drugs come with side effects such as weight gain and cardiovascular disease.

However, after positive results from a phase 2 study, as well as an additional 6-month open label extension, investigators from Sunovion Pharmaceuticals in collaboration with PsychoGenics believe SEP-363856 could safely treat patients with schizophrenia without the accompanying side effects.

A total of 193 of the 245 enrolled patients completed the original 4-week study and were offered the opportunity to continue for the additional 6 months. Of these 193 patients, 166 patients continued in the open label extension, where patients were given 25-75 mg of SEP-363856.

One of the reasons for the success of the new drug is that it targets something different than what current medications target.

“The compound itself is quite novel in that it does not bind either dopamine D1 or D2 receptors and it also doesn't bind to serotonin 2A 5-HT2A receptors,” Justine M. Kent, MD, Head of Global Clinical Research, Psychiatry, at Sunovion said. "So, all of the currently marketed antipsychotics target either D1, D2 or both and 5HT2A.”

Rather than target those receptors, SEP-363856 influences the dopamine system in a different manner through the trace damage associated with the TAAR1 (trace amine-associated receptor 1) and 5-HT1A (serotonin 1A) receptors.

One of the main reasons for the excitement regarding the new treatment is it confers a very different side effect profile than current medications.

Typical antipsychotics feature some negative side effects that often lead to medication nonadherence, including weight gain, hyperprolactinemia, and increasing the risk of diabetes, cardiovascular disease, and tardive dyskinesia.

However, the new drug with a different molecular profile seems thus far to have a different profile in relation to those class-related side effects.

The study, “Network Analysis Indicates That Avolition Is the Most Central Domain for the Successful Treatment of Negative Symptoms: Evidence From the Roluperidone Randomized Clinical Trial,” was published online in The Journal of Psychoses and Related Disorders.
Copyright® ConsultantLive 2019 Intellisphere, LLC. All Rights Reserved.