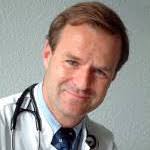 New trial results from a pair of phase 3 controlled trials showed triple-combination, single-inhaler therapy is associated with significant improvements to lung function and the rate of severe asthma attacks in prescribed patients.

The findings from the 17-country, 2500-plus patient study program complements previous assessment into ICS/LABA/LAMA triple therapy for asthma exacerbation and symptoms. That said, those trials observed the treatment in 2 separate inhalers—the TRIMARAN and TRIGGER studies are novel in their single-inhaler observation.

“The patients in our studies had been using preventer inhalers combining two medicines but they weren’t working as effectively as they do for most asthma sufferers,” study author J. Christian Virchow, a professor at the Rostock University Medical Centre in Germany, said in a statement. “The effects of triple therapy might seem moderate when you look at the numbers involved, but even incremental improvements can be valuable when there are few treatment options left available.”

It’s the belief of Virchow and colleagues that the reported asthma symptom control improvements in treated patients were due to improved prescription adherence with a single inhaler device.

“We must continue to emphasize the importance of asthma education and inhaler technique and adherence for all patients with asthma,” Fitzgerald said. “We need to continue to improve characterization of the heterogeneous nature of airway diseases and in parallel employ targeted treatments for the right patient at the appropriate time.”