Sleep Problems Linked to Adolescents with Depression and Anxiety 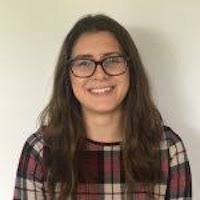 A better understanding of the relationship between sleep and psychiatric conditions could pay dividends for adolescents.

A team, led by Faith Orchard, PhD, School of Psychology and Clinical Language Sciences, University of Reading, explored the relationship between sleep problems and anxiety and depression in a sample of adolescents.

However, little is known about the nature of sleep problems for adolescents with anxiety and depression and whether specific sleeping difficulties are involved in the longitudinal relationship between sleep and the 2 psychiatric conditions.

The investigators examined a sample from the Avon Longitudinal Study of Parents and Children (ALSPAC), a population-based, prospective, birth cohort looking at children born between 1991-1992.

The team explored data from a subset of participants (n= 5033) who took part in a clinical assessment at age 15, utilizing a self-report on sleep patterns and quality, as well as diagnostic outcomes of anxiety and depression.

The investigators also used a control group of teenagers, who on average were sleep around 8 hours a night on school nights and a little more than 9.5 hours of sleep on the weekends.

They also examined subsequent diagnostic and symptom severity data on anxiety and depression at ages 17, 21, and 24.

Healthy sleep was defined as getting enough sleep, at appropriate times and in the absence of any sleep disturbance.

The results show that individuals at 15 years old with depression experience struggles with both sleep patterns and sleep quality. On the other hand, patients at 15 with anxiety only reported issues with sleep quality and not sleep patterns.

The group who suffered from depression reported less than 7.5 hours of sleep daily on average.

"What's noticeable is that the difference in average amount of sleep between those who experienced depression, which amounts to going to sleep 30 minutes later each night compared to other participants,” Orchard said in a statement. “Within the data, there were some participants who reported hugely worse quality and quantity of sleep, and the overall picture highlights that we need to take sleep much more into account when considering support for teenager wellbeing."

“The results provide further insight into the nature of sleep problems amongst adolescents with anxiety and depression, and the prospective relationship between sleep disturbance and future psychopathology,” the authors wrote. “These data suggest that targeting sleep difficulties during adolescence may have long‐term mental health benefits.”

The study, “Self‐reported sleep patterns and quality amongst adolescents: cross‐sectional and prospective associations with anxiety and depression,” was published online in The Journal of Child Psychology and Psychiatry.
Copyright® ConsultantLive 2019 Intellisphere, LLC. All Rights Reserved.