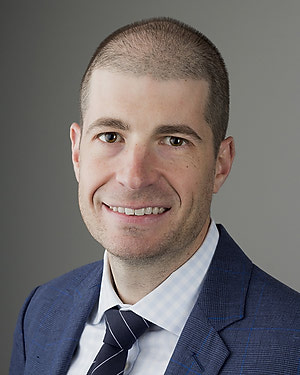 Stroke management was changed forever with the introduction of direct oral anticoagulants (DOAC) nearly a decade ago. With warfarin no longer the only oral anticoagulant, cardiologists now had additional, more efficacious options for many different population groups.

Even 9 years later, physicians and researchers are learning more and more about the advantages and disadvantages of DOACs compared to warfarin and placebo therapy. In an effort to better understand how a cardiologist approaches stroke management in patients with today’s information, MD Magazine® sat down with Brett Carroll, MD, director of Vascular Medicine at Beth Israel Deaconess Medical Center, to examine how he approaches stroke management.

MD Mag: How has the advent of DOACs changed the way cardiologists manage a patient's risk of primary or secondary stroke?

Carroll: It certainly has opened up the armamentarium to multiple more options than we had previously, when it was really limited to warfarin. They had other anticoagulants like enoxaprin, but those were injection based — you would never really use those. So, it was really warfarin — and people were tied to the monitoring and the diet constraints that come along with it — and what we've seen now in multiple trials, with just about all the DOACs, is an improved bleeding risk profile.

They all seem to be similar efficacy in terms of reduction of stroke — one may be a touch better, depending on what trial you look at. But, in general, at least as efficacious in terms of decreasing the risk of stroke, both a significant decrease risk of bleeding, particularly intracranial hemorrhage. So, they are the preferred agent for the overwhelming majority of patients and it's nice because they don't require the monitoring.

We don't know if adherence is better, but it would be expected to be just as good. Patients tend to seem to like it overall — I haven't had anyone asked for going back to warfarin. They are generally well-tolerated and it's an easy sell when you tell them that they work just as well and the bleeding risk is lower. So it's certainly a nice option to have now.

MD Mag: Many studies have shown similar efficacy and safety profiles for DOACs in treating certain conditions. What differentiates rivaroxaban, apixaban, and dabigatran in your eyes, and how do you go about choosing one or over the other?

Carroll: Well, they've never been compared head-to-head. So, it's difficult to say that one is superior to another. So, there's some small nuances where you may select one compared to another or talking about specifically for stroke prevention. Each one does have their own unique indications outside of atrial fibrillation, which is really the primary reason we would use it for stroke prevention — and I can speak to those in a moment — but specifically for stroke prevention, in the setting of aFib, like I said they have never been compared head to head. They do have slightly different patient populations in terms of the risks of stroke in the setting of aFib that were enrolled in the trials, but again, we assume them to be similarly efficacious. The bleeding risk may be a touch better with apixaban, particularly in GI bleeding. So, if someone has a history of GI bleeding, I would sometimes favorite apixaban.

Rivaroxaban is once a day and out of the three that's the only once-a-day. So, that's really nice for patients that would prefer to be on a once-a-day agent or if we have concerns about someone's ability to take a medication, twice a day for whatever reason.

They also have somewhat different profiles in terms of at which point you would be comfortable decreasing the dose for renal impairment. So, apixaban has a nice label for elderly patients with mild renal impairment or a weight less than 60 kilograms. So, my elderly patients that meet that criteria, I tend to use a low dose of apixaban or rivaroxaban with a decreased GFR — you can use a 15 milligram dose, which is kind of nice. One problem with the dabigatran can be getting coverage, it tends to be a little bit more difficult to get insurance coverage. So, at the end of the day, that also plays a role of what will the patient's particular insurance cover and is there a out-of-pocket cost difference from one to another.

I'd say big picture, there's not a huge reason to pick one over another when we're talking about specifically aFib other than those unique circumstances.

I will say there is growing data for the very low dose rivaroxaban, which is 2.5 milligrams BID — where the normal dose for aFib is 20 milligrams. So, it's about a quarter-dose rivaroxaban in patients that are high risk from a cardiovascular standpoint— so, patients that have known coronary artery disease, peripheral vascular disease, or carotid artery stenosis. The higher risk patient populations have been found to have a benefit of that low dose of rivaroxaban in terms of reducing cardiovascular outcomes, which include MI, events with acute limb ischemia, amputations, and also notably a reduction in ischemic stroke, even without known aFib. So, rivaroxaban is the only one that has that very low dose, that can be an option for otherwise high-risk patients more as primary prevention, again, without known aFib. It was also demonstrated to decrease the risk of stroke in patients that have heart failure and coronary artery disease, again, without known aFib or prior stroke.

MD Mag: Are there any patient populations where warfarin is still the recommended course or treatment or still the standard? And is there any reason to expect that DOACs would not eventually be recommended in those areas as well?

Carroll: So, I think a lot of people still choose warfarin with situations that maybe are atypical, because it's been around for so long, and has a pretty good track record in terms of its efficacy. So, situations where that would be maybe considered would be patients that have had a stroke or there is concern for stroke due to a left ventricular thrombosis after a big myocardial infarction. Warfarin is not very well studied either. It's just been around a while, the DOACs have not been studied in that setting. That said, many are comfortable with DOACs — especially, because a patient that had a prior MI may need to be on anti-platelets as well and we know on multiple recent studies that DOACs and an anti-platelet are much safer than warfarin and anti-platelet. That said, if you're going to be kind of more data driven, although again poor data for warfarin as well, but slightly more available than the DOACs and in the setting of an LV thrombus some will favor warfarin.

Then, in patients with some concern for GI malabsorption, you're not going to really know the level of the DOAC because we can't really monitor particular therapeutic range for the DOAC. Someone with really bad Crohn's disease, for example, malabsorption for another reason, a prior ruined RU NY gastric bypass you may favor warfarin so you know what type of therapeutic level you're getting. In patients in the extremes of weight, either very, very low weight or very high — way greater than a BMI of 40 — were poorly represented in the initial trials. Although, there's been recent some analysis saying in that small population that were included in this trial, they seem to do just fine. But really in extremes of weight — so, when you're getting up your BMI greater than 50 or  60 — I certainly favorite warfarin, because you're going to make sure that you're going to get a therapeutic range.

Then, there's a small percentage of patients that you just really would like to know if they're taking their meds or not and that's a little bit more difficult to do with DOACs. So, although, it's easier to take as you don't need frequent monitoring — sometimes that's a positive to have — and then you know if the patient is taking it and that their level is therapeutic for whatever reason. If you want that particular patient population, warfarin offers that. And lastly, in patients with mechanical valves — mechanical heart valves — DOACs haven't been studied in that setting yet.

MD Mag: How do you approach stroke management in a patient who is at risk for a primary stroke due to other factors but does not have CAD or aFib?

Carroll: So, it's really focused on risk factor modification. There hasn't been— as of yet — a proven intervention from an anticoagulant standpoint of a DOAC or warfarin in that setting of primary prevention without established vascular disease. I mentioned the very low dose of rivaroxaban in patients with coronary artery or peripheral vascular disease, but we haven't yet seen a study and patients that have some risk factors but without known vascular disease and utility of DOACs — or warfarin, for that matter. So, it's really risk factor modification with getting their diabetes under better control, getting their blood pressure under adequate control, smoking cessation, diet and exercise, with a low fat diet, often recommending patients that have multiple risk factors the Mediterranean diet — it has been proven from a vascular standpoint, not necessarily stroke alone. In those are the family history unless they have a very strong family history of thrombophilias of clotting problems, I don't start going down that rabbit hole. Then really, again, just focusing on their overall general health without particular med interventions from an anticoagulant standpoint.

MD Mag: Is there anything else you wanted to add about the current state of stroke management?

Carroll: There's been some recent data for cryptogenic stroke. So, strokes that are of unclear etiology, despite a thorough evaluation — they just have a stroke and no one knows why — an ischemic stroke, and continuing DOACs has not been found to be of a benefit, even though you would think just put someone on blood thinner, they should decrease their risk moving forward, but that hasn't been shown to be the case.

So, it really has to be an  individualized decision of is aspirin alone appropriate or long term anticoagulation? — depending on what someone's real predisposition is for having primary clot as the etiology of their stroke. So, that kind of gets back to working closely with the neurologist in patients that have already had a stroke and then evaluation for a patent foramen ovale. There's been increased data over the last year or two that closing a patent foramen ovale may be appropriate for certain patients with cryptogenic stroke, rather than continuing them on anticoagulation. All of that's kind of a nuanced and specific problem.
Copyright® ConsultantLive 2019 Intellisphere, LLC. All Rights Reserved.