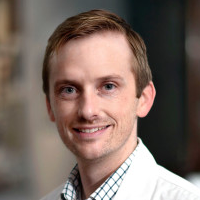 A new systematic review highlights the established and emerging practices that represent medical overuse in pediatrics.

Medical overuse included misdiagnosis of students with ADHD, neonatal ICU admission and pharmacologic therapy for infants with neonatal abstinence syndrome, and over prescription of opioids.

Nathan Money, DO, from the pediatrics department at Texas Children’s Hospital, and colleagues reviewed medical literature from 2018 to identify articles pertaining to pediatric medical overuse. The investigators performed a MEDLINE search for articles with the subject heading terms “health services misuse” or “medical overuse” and article titles with the terms “unnecessary”; “inappropriate”; “overuse”; or “overutilization.”

Money and the investigators with training in pediatrics evaluated each article using a scoring rubric of 3 categories: quality of methods, magnitude of potential harm, and number of patients potentially harmed. Quality of methods were based on Center for Evidence-Based Medicine’s levels of evidence. Potential harm magnitude was measured based on severity and longevity of harm.

The score for numbers of patients potentially harmed was based on frequencies of the clinical scenario and harms within the expected clinical setting. More common scenarios and harms received higher scores.

Overall, the MEDLINE search identified 1408 articles and 46 (3.3%) were about pediatric medical overuse. A manual table of contents review included another 4735 articles, of which, 110 (2.3%) were relevant to medical overuse. The average intraclass correlation coefficient scores from the 156 articles included was .70 (95% CI, .55–.8).

Of the articles, the team selected the 10 top-rated articles based on the strength of score and agreement regarding overall potential consequences for pediatric practice.

In the misdiagnosis category was a study about ADHD. Investigators compared ADHD diagnosis rates among children in states with and without a September 1 cutoff for kindergarten enrollment. The states with a cutoff had 34% higher ADHD diagnosis rates among children born in August than those born in September. Along with increased diagnosis rates, the younger children were also more likely to be given medications for the condition and have longer durations of therapy. Children born in August received therapy for an average of 120 days (95% CI, 40–200 days) longer than those born in September.

The findings suggested that misdiagnosis of ADHD and medicalizing childhood behaviors represent variation in behavioral department.

Among the included overuse studies, 1 revolved around the topic of nurse-led home visits after hospital discharge. A team of investigators found that for hospitalized children with few complex chronic conditions, randomization to a nurse-led home visit within 96 hours of discharge, rather than traditional care, resulted in higher 30-day urgent care reuse—unplanned readmission, emergency department visit, or urgent care visit—(17.8% vs 14%; P <.05).

Increased provision of healthcare after discharge resulted in more healthcare among a broad pediatric population, the findings showed. The intervention, though well-intentioned, increased exposure to medical care and risked exposing children to unnecessary medical harms.

An overtreatment study that the investigators included in their review detailed adverse events after outpatient opioid prescription use. Over a 15-year period, opioids were prescribed to approximately 15% of children 2–17 years old per year with Medicaid coverage. Adverse events occurred in 38.8 of 100,000 prescriptions (.04%). Most events (71.2%) had no documentation, which suggested that deviation from the regimen was the cause.

Due to the frequency of the prescriptions and concerns about use and abuse, opioids should be prescribed with more caution. Nonpharmacologic modalities and opioid alternatives should be prioritized as first-line treatments.

Changing emerging practices could help avoid the difficultly that late de-implementation could cause, Money and the team wrote. Removing such practices might be necessary to prevent further patient harm and unintended consequences.

The review results could help motivate further evaluation of each pediatric practice, the investigators concluded.