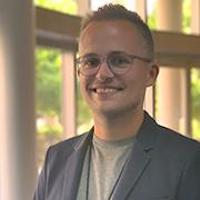 Better imaging technologies might usher in a new age of disease management for Alzheimer disease patients.

A research team, led by Renaud La Joie, PhD, Memory and Aging Center, Department of Neurology, Weill Institute for Neurosciences, University of California, San Francisco, used PET radiotracers to visualize the 2 neuropathological hallmarks of Alzheimer disease that play crucial roles in a neurodegenerative cascade that leads to dementia in an effort to get a better grasp on how tau and β-amyloid can forecast brain atrophy.

The investigators performed a longitudinal analysis of tau-PET and β-amyloid–PET in 32 patients. The patients all had Alzheimer disease at early diseases stages and the investigators correlated the signal with brain atrophy at later stages.

“In this cohort, tau-PET, but not β-amyloid–PET, signal could predict brain atrophy at later stages,” the authors wrote. “Tau-PET might be useful for predicting disease progression and for designing and evaluating new therapies.”

In the study, the investigators predicted subsequent brain atrophy at the time of the PET imaging and 15 months later. Further quantitative analyses showed that the global intensity of tau-PET, but not β-amyloid-PET, signal indicated the rate of subsequent atrophy, independent of baseline cortical thickness.

Local patterns of tau buildup accurately predicted more than 40 percent of the time subsequent atrophy in the same locations. On the other hand, baseline amyloid-PET scans correctly predicted only 3-percent of future brain degeneration.

Further research showed that the specific distribution of tau-PET signal was a strong indicator of the topography of future atrophy at the single patient level. The relationship between baseline tau-PET and subsequent atrophy was especially strong in younger patients.

The data supports disease models in which tau pathology is a major driver of local neurodegeneration, showing the relevance of tau-PET as a precision medicine tool to help predict individual patient’s progression and design future clinical trials.

While β-amyloid has been the target of much of the Alzheimer disease research in recent years, there has been little discovered in how they predict how damage would unfold as the disease progressed.

Recently, investigators have begun to really zero in on early Alzheimer disease diagnosis.

A team from the Center for Quantitative Health at the Massachusetts General Hospital, developed an algorithm using machine learning to build a list of clinical terms associated with cognitive symptoms identified by experts.

The investigators then used natural language processing to search electronic health records (EHR) for the terms and develop a cognitive score. The results helped estimate the risk of developing dementia.

The artificial intelligence model found that 2.4% of patients developed dementia over an eight-year follow-up period.

Overall, the investigation included 535,814 hospitalized without a prevalent diagnosis of dementia and followed for 2,571,793 patient years. The team of investigators found that natural language processing can help measure cognitive symptoms and was associated with risk for subsequent diagnosis.

Those in the highest risk quartile who survived at least 5 years after hospitalization were 7.4-times more likely to be diagnosed than those at the lowest risk and reached a 1% diagnosis incidence 1361 days sooner.