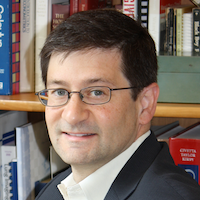 The findings came from an expanded analysis of data from the 37-country phase 3 InforMing the PAthway of COPD Treatment (IMPACT) trial.

Lipson, the senior director of clinical sciences at GlaxoSmithKline, designed the study to consist of a two-week period where participants remained on their own medication, a 52-week treatment period, and a one-week safety follow-up.

Overall, 10,355 participants were randomized into the team’s intent to treat population and got study medication. A majority of the patients (66%) were male and the mean age was 65.3 years old.

If a patient entered the study on a triple therapy or an inhaled corticosteroid (ICS)-containing regimen, they had lower lung function, a greater history of hospitalization over the previous 12 months, and were less likely to be a smoker compared to those who entered on a dual or monotherapy.

When Lipson and the team analyzed the primary cause of death, there were lower rates of cardiovascular and respiratory deaths, as well as death associated with the patient’s underlying COPD when on a randomized ICS-containing arm compared to UMEC/VI.

The mortality finding was primarily driven by the steroid component and its effects on reducing exacerbations, Lipson said in a statement.

“These new repeat analyses demonstrate the robustness of the original finding,” he said. “We have concluded that we can improve survival in symptomatic patients with COPD at-risk of exacerbation.”