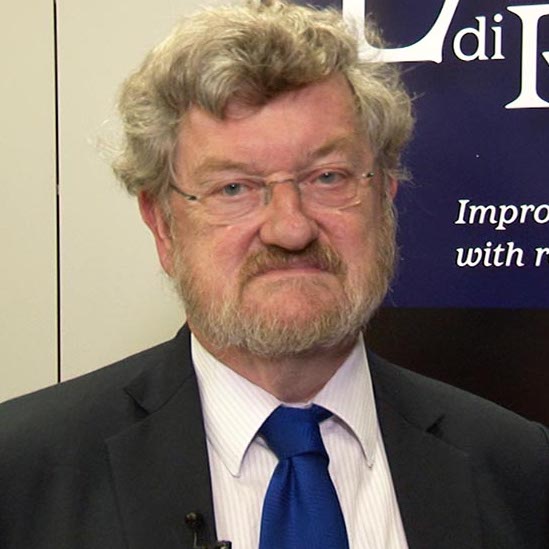 The new data adds to a relatively small focus of COPD clinical evidence showing the effect of LAMA/LABA therapy among patients not already on therapies including inhaled corticosteroid (ICS).

Calverley and colleagues pooled data from the TONADO 1 and 2, and OTEMTO 1 and 2, phase 3 clinical trials—particularly, that of patients with COPD who were not receiving lone or combination ICS at baseline. They conducted subgroup analyses by GOLD (stages 2 and 3) and symptoms at baseline including bronchodilation (as per BDI) and the St. George’s Respiratory Questionnaire (SGRQ).

The team sought to understand the effectiveness of dual bronchodilator therapy in patients not using ICS, and to compare the efficacy and safety of T/O 5/5 mcg versus tiotropium 5 mcg monotherapy in the same patient population.

Their patient population included 1596 patients from the TONADO studies (GOLD stage 2-4) and 506 patients from the OTEMTO studies (GOLD stage 2-3) not on ICS at baseline, split to either dual or monotherapy. At week 12, investigators examined trough forced expiratory volume at 1 second (FEV1), transition dyspnea indexes (TDI), and SGRQ total score change from baseline.

“These improvements were consistent across all subgroups of severity and symptomatology—and perhaps frustratingly, we can’t personalize the medicine,” Calverley said at CHEST. “Everybody seemed to get benefit across the board, and that benefit was broadly similar.”

As a result of their findings, Calverley suggested T/O become considered as an earlier treatment option for most patients beginning care for COPD.

The study, “Tiotropium/olodaterol therapy improves lung function, symptoms and impact of disease versus monotherapies in steroid-free patients with COPD,” was presented at CHEST 2019.
Copyright® ConsultantLive 2019 Intellisphere, LLC. All Rights Reserved.