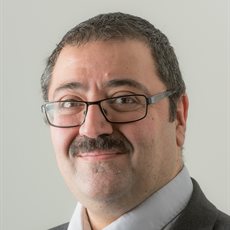 A new study from investigators in the United Kingdom is revealing more about the cardiovascular benefits of bariatric surgery.

"Obesity is a chronic disease that is associated with many comorbidities and complications. Our results show the benefits of weight loss surgery in reducing the health burdens of obesity in real-world data," said lead investigator Abd Tahrani, MD, of Queen Elizabeth Hospital, in the United Kingdom, in a press release.

In response to an apparent lack of real-world data surrounding the topic, investigators sought to determine to what degree bariatric surgery could reduce all-cause mortality and mortality from cardiovascular disease in obese adults. To do so, investigators conducted a retrospective, matched, controlled cohort study using data from the Health Improvement Network primary care database, which lasted from 1990 through January 2018 and represented 6% of the population in the United Kingdom.

The mean age of study participants was 45.3 (10) years and 21.5% of participants had type 2 diabetes mellitus. Investigators noted the follow-up period lasted a median of 3.9 years and, during that period, the mean percentage of weight loss was 20% in the intervention group and 0.8% in the control group.

This study, titled “Impact of bariatric surgery on cardiovascular outcomes and mortality: a population‐based cohort study,” was published online in the British Journal of Surgery.
Copyright® ConsultantLive 2019 Intellisphere, LLC. All Rights Reserved.