The guidelines focus on diagnosing and screening for Barrett’s esophagus and esophageal adenocarcinoma.

“These guidelines are established to support clinical practice and suggest preferable approaches to a typical patient with a particular medical problem based on the currently available published literature,” the authors wrote. “When exercising clinical judgment, particularly when treatments pose significant risks, health care providers should incorporate this guideline in addition to patient-specific medical comorbidities, health status, and preferences to arrive at a patient-centered care approach.”

Currently, Barrett’s esophagus, which is often associated with chronic gastroesophageal reflux disease (GERD), is the only known precursor to esophageal adenocarcinoma, which has increased in the US over the last 4 decades.

For diagnosing the disease, the authors suggest finding the intestinal metaplasia in the tubular esophagus. This recommendation is based on the results of a large retrospective study that showed an increased risk of esophageal adenocarcinoma in patients with specialized intestinal metaplasia with goblet cells compared to patients with nongolblet columnar epithelium in the esophagus.

The investigators also recommend columnar mucosa of at least 1 cm to diagnose Barrett’s esophagus and patients with normal-appearing Z line should not undergo routine endoscopic biopsies. Also, they recommend patients with a Z line demonstrating less than 1 cm of proximal displacement from the top of gastric folds not to undergo routine endoscopic biopsies.

“Routine biopsy of the normal or irregular Z line in the absence of mucosal abnormalities has real-life consequences for patients,” the authors wrote. “For example, approximately 80% of patients with IM found on such biopsies are recommended to undergo further surveillance endoscopy with the costs and risks encumbered with such an approach.”

The investigators also suggest at least 8 endoscopic biopsies be obtained in screening examinations with endoscopic findings consistent with possible Barrett’s esophagus. This would be done in conjunction with the Seattle protocol for segments longer than 4 cm.

The new reccomendations include endoscopic eradication therapy for patients with Barrett’s esophagus and high-grade or low-grade dysplasia.

In addition, the authors suggest structured surveillance interval for patients with dysplastic Barrett’s esophagus following successful ablation based on the baseline degree of dysplasia. This guidelines call for this to be confirmed by a second pathologist with expertise in gastrointestinal pathology.

However, there was not enough evidence that would result in recommending chemoprevention or the use of biomarkers in routine practice.

There are also no reccomendations on for the treatment of GERD in relation to Barrett’s esophagus, but they do recommend a single screening endoscopy for patients with chronic GERD symptoms and 3 or more additional risk factors. Those risk factors include the male sex, age 50 and older, White race, tobacco use, obesity, and a family history of Barrett’s esophagus or esophageal adenocarcinoma.

Another suggestion includes a swallowable, nonendoscopic capsule sponge device combined with a biomarker as an alternative to endoscopy for screening Barrett’s esophagus in patients with chronic reflux symptoms and other risk factors.

The study, “Diagnosis and Management of Barrett's Esophagus: An Updated ACG Guideline,” was published online in The American Journal of Gastroenterology. 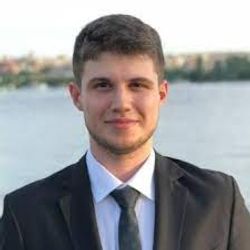 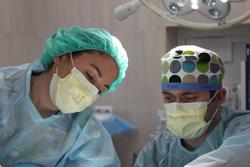