Nearly all of the acupuncture group was fully mobilized on the first postoperative day.

Acupuncture can be an easy and effective way to supplement treatment for a pain following a cesarean delivery.

A team, led by Taras I. Usichenko, MD, PhD, Department of Anesthesiology, University Medicine of Greifswald, evaluated the efficacy and effectiveness of acupuncture as an adjunctive therapy for pain control following cesarean delivered compared to a placebo intervention and standard care alone.

Pharmacological approaches to pain control following cesarean deliveries are often insufficient without supplemental treatment such as acupuncture. There remains a need for a better understanding of the pathophysiological and pharmacological components of nociception and the implementation of procedure-specific, multimodal analgesic pathways leading to improved quality of treatment for acute postoperative pain after surgical procedures.

In the single-center, placebo-controlled, patient- and assessor-blinded randomized clinical trial, the investigators examined 180 patients from January 13, 2015 to June 27,2018 at a tertiary university hospital. The mean age of the patient population was 31 years.

Each participant was scheduled for elective cesarean delivery under spinal anesthesia and randomized to either the acupuncture group (n = 60) or placebo group (n = 60). An additional 60 consecutive patients received the standard postoperative analgesia to form a nonrandomized standard care group.

The entire study population in the acupuncture group received auricular and body acupuncture with indwelling intradermal needles, while the placebo group was treated with non-penetrating placebo needles.

Other parameters were comparable across the 3 cohorts.

The study, “Effectiveness of Acupuncture for Pain Control After Cesarean Delivery,” was published online in JAMA Network Open.

Breathlessness in Patients with COPD isn't Reduced with Daily Morphine 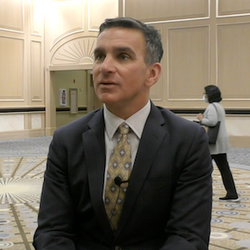