Patients at AHN’s Autoimmunity Institute participated in international clinical trial testing of Saphnelo™ (anifrolumab) – the first new biologic agent in more than a decade for the treatment of adult patients with moderate to severe lupus.

PITTSBURGH – Following the U.S. Food and Drug Administration’s (FDA) approval of Saphnelo, the first new biologic therapy for lupus in more than a decade, Allegheny Health Network (AHN) celebrates this important milestone in achieving new and improved therapies for patients who live with this debilitating autoimmune disease.

Developed by AstraZeneca, Saphnelo is a monoclonal antibody administered by intravenous (IV) infusion. The FDA approved Saphnelo for use in treating adults with moderate to severe systemic lupus erythematosus (SLE) who are receiving standard therapy.

The AHN Autoimmunity Institute was one of dozens of research sites internationally to participate in the clinical trial testing of this new treatment. Combined data from two large-scale phase III clinical trials showed that more patients who received Saphnelo, in addition to standard therapy, had improvement than those who received placebo in addition to standard therapy. Saphnelo showed benefits on overall lupus disease activity, skin lupus and joints and the ability to taper down steroid doses.

“The approval of Saphnelo is the culmination of years of clinical development,” said Susan Manzi, MD, MPH, Chair, AHN Medicine Institute; Director, AHN Lupus Center of Excellence; and Board Chair and Medical Director, Lupus Foundation of America. “Arriving at this important treatment milestone required the involvement of hundreds of people with lupus from around the world, who volunteered to participate in multiple clinical trials. We are grateful for their unselfish efforts, as well as those of basic and clinical physician-scientists who work tirelessly to support lupus drug development. Without them, we could not bring new life-changing therapies to those who need them.”

The Autoimmunity Institute will also participate in the next phase of testing in which subcutaneous delivery versus IV delivery of Saphnelo will be evaluated, providing the potential for patients to conveniently self-inject the medication from home rather than receive an IV infusion in a clinical setting.

Lupus is an autoimmune disease in which the immune system attacks healthy tissue in the body. It is a chronic and complex disease with a variety of clinical manifestations that can impact many organs and can cause a range of symptoms including pain, rashes, fatigue, swelling in joints and fevers. More than 50 percent of patients with SLE develop permanent organ damage, caused by the disease or existing treatments, which exacerbates symptoms and increases the risk of mortality. At least five million people worldwide have a form of lupus.

“After having only one therapy approved for lupus during the past 60 years, it is a cause for celebration to have two new treatment options approved in 2021 alone for this life-threatening autoimmune disease that affects an estimated 1.5 million Americans,” said Stevan W. Gibson, president and CEO, Lupus Foundation of America. “The pipeline of potential new treatments for lupus remains vibrant, and the Lupus Foundation of America continues its work to bring down barriers to lupus drug development and ensure that people with lupus will have access to the medications they need to improve their quality of life."

The caregivers of AHN’s Autoimmunity Institute provide highly specialized care for patients with lupus and the more than 100 types of autoimmune diseases. A first-of-its-kind program that opened in 2018, the Autoimmunity Institute brings together a range of specialty clinicians at one location to provide well-coordinated, individualized care. Notably, the Institute meets the complex needs of patients with one or more autoimmune conditions who have previously had to see numerous specialists in an uncoordinated fashion, and often remained undiagnosed or untreated for several years.

To learn more about Saphnelo, view the official press announcement from AstraZeneca. To make an appointment at the AHN Autoimmunity Institute, call 833-242-8246. 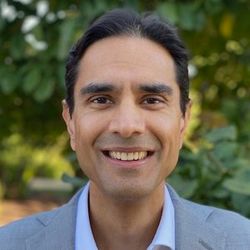 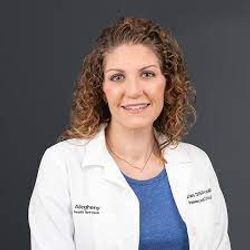