Antipsychotics May Not be Necessary for First-Episode Psychosis

Antipsychotics commonly cause a number of side effects including weight gain and long-term cardiovascular disease.

Foregoing traditional antipsychotics could be beneficial for younger individuals suffering from psychosis.

A team, led by Shona M. Francey, Orygen, The National Center of Excellence in Youth Mental Health, examined whether intensive psychosocial intervention for first-episode psychosis in 15-25 year old patients could be managed in a specialized early intervention program for psychosis.

In the triple-blind randomized controlled non-inferiority study, the investigators looked at whether this treatment is non-inferior to standard treatment of antipsychotic medication combined with cognitive-behavioral case management delivered during the first 6 months of treatment for 90 individuals.

Each participant was randomized to receive either a placebo (n = 46) or antipsychotic medication (n = 44), with 33% of the participants in the trial medication arm finishing the entire six-month trial.

Eligible patients were required to have low-levels of suicidality and aggression, as well as a duration of untreated psychosis of less than 6 months and living in a stable accommodation with social support.

The investigators sought primary outcomes of the level of functioning as assessed by the Social and Occupational Functioning Scale (SOFAS) at 6 months.

The investigators found both groups improved on the SOFAS, with small group differences that were clinically trivial.

Early intervention for psychosis usually involves a multicomponent treatment plan including a psychosocial therapies that have been shown to produce outcomes superior to treatment as usual. A central component of this treatment usually involves the provision of low-dose second-generation treatment of positive psychotic symptoms.

While effective, these medications can have direct and indirect negative impacts, with evidence supporting the efficacy of nonpharmacological interventions for psychosis increasing.

In addition, the clinical staging model of psychiatric disorders shows that milder and simpler treatments are more impactful in the early course of the illness.

Antipsychotic medications are also linked to a number of adverse events, including weight gain, altered glucose metabolism, sexual dysfunction, long-term cardiovascular disease, and premature mortality. These concerns are even greater for first-episode patients who are younger, generally treatment naïve, and more susceptible to side effects and long-term impacts of medication.

Improved efforts at early detection may result in patients presenting at earlier stages and in less acute mental states, increasing the possibility of recovery through psychosocial support alone.

The study, “Psychosocial Intervention With or Without Antipsychotic Medication for First-Episode Psychosis: A Randomized Noninferiority Clinical Trial,” was published online in the Schizophrenia Bulletin Open. 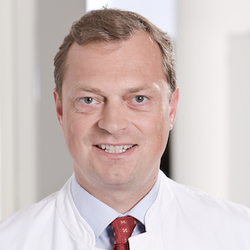