Previously, few rapid diagnostic tests have been studied in home environments, and there are currently no tests approved for at-home influenza detection by the Food and Drug Administration (FDA)

An investigation into the diagnostic accuracy of at-home rapid diagnostic tests (RDTs) for influenza found that the sensitivity and specificity of the self-tests were comparable to those utilized in clinical settings.

Prior research has investigated the accuracy of self-swabbing and self-testing for influenza. In a recent systematic review of 13 studies, influenza detection by self-collected nasal or midturbinate samples were similar in accuracy to samples collected by health care professionals.

Despite this, few RDTs have been studied in home environments, and there are currently no tests approved for at-home influenza detection by the Food and Drug Administration (FDA).

Rachel E Geyer, MPH, Department of Family Medicine at the University of Washington, Seattle, and fellow investigators assessed the accuracy of an influenza RDT conducted at home by those with influenza-like-illness (ILI).

The accuracy study was conducted as a sub-study of the Seattle Flu Study (SFS), which measured community surveillance for influenza and other respiratory viral infections.

Participants were recruited for the study using web-based ads on websites and additional recruitment through in-person referrals from community kiosks set up by study investigators.

From there, potential participants were directed to a study website where they were screened for eligibility based on age, zip code, symptoms, time from symptom inset, and their smartphone operating system.

From February and March 2020, a total of 605 participants were enrolled in the study. Influenza kits were then sent to all participants’ homes within 24 hours of enrollment.

Geyer and team investigated the impact of age, influenza type, duration, and severity of symptoms on RDT accuracy and on cycle threshold for influenza virus and ribonuclease P.

Among the 605 participants involved in the study, 87 (14.4%) tested positive for influenza through quantitative reverse-transcription polymerase chain reaction. Among these cases, 80% were influenza A and 20% were influenza B.

Regarding viral load, samples collected on reference swabs was negatively correlated with symptom onset, and the quantities of ribonuclease P was not significantly different among reference standard positive and negative groups as well as age groups or influenza subtypes.

Overall, Geyer and investigators believed that their study provided an at-home model for comparative accuracy studies of RDTs for influenza and other respiratory pathogens such as SARS-CoV-2.

“Our findings support a new form of trial design, in which recruitment and self-sampling for reference testing can be performed successfully by lay users in the communities and populations in which these tests will be implemented,” the team wrote. “Such study designs could be used to assess the accuracy of tests for other viral respiratory tract pathogens, such as SARS-CoV-2 and RSV. Home tests have the potential to expand access to testing for infectious diseases, with potential benefits for individuals and the health care system.” 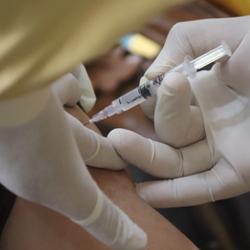 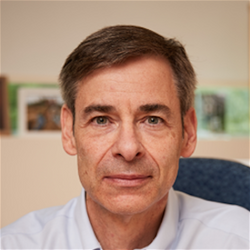 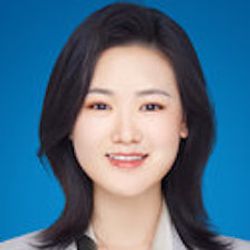