Deaths from the obesity epidemic are largely due to cardiovascular (CV) diseases, with reduced CV mortality associated with bariatric surgical weight loss.

A recent study, led by Noyan Gokce, MD, Boston Medical Center, aimed to identify variables associated with vascular improvement following bariatric surgery, as well as an examination on age, sex and metabolic status in respect to microvascular and macrovascular outcomes.

Investigators found bariatric surgery was associated with reductions in weight, improvement in CV risk factors, as well as improvements in vascular endothelial phenotype.

Data was collected on a population-based longitudinal cohort of patients with obesity (BMI ≥35) enrolled in the bariatric surgery program at the Boston Medical Center from December 2001 - August 2019.

At baseline, individuals were asked to self-identify sex and race. Clinical characteristics including antihypertensive and lipid lowering medication use, blood pressure, height, weight, BMI, hip and waist circumference, were recorded during each study visit.

The team measured flow-mediated dilation (FMD) as a percentage change of the brachial artery, used as a measure of endothelium dependent dilation of the macrovasculature.

In addition, reactive hyperemia (RH) was measured, defined as the percentage change in forearm blood flow and served as the measurement of endothelium-dependent microvascular function.

The two measurements, as well as clinical variables, were measured preoperatively at baseline, with ≥1 measurement postoperatively within 12 months of bariatric intervention.

Data show all participants underwent bariatric surgery for weight loss, with 84% (n = 259) having RYGB and the remaining 16% (n = 48) undergoing SG or LAGB surgery.

Further, the team found that factors associated with change in vascular phenotype correlated with adiposity markers and metabolic variables depending on vascular territory.

The team concluded both vascular outcomes were significantly improved following bariatric intervention and track changes in anthropometric measures and metabolic risk factors, depending on vascular territory

The study, “Association of Bariatric Surgery With Vascular Outcomes,” was published online in JAMA Network Open. 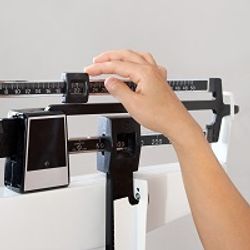