Males between 50-64 who have been vaccinated without erythema were at the highest risk of GBS.

While it is notoriously difficult to forecast the risk of Guillain-Barré syndrome (GBS), a new Bayesian network (BN) model could help shed some light on who might be at risk for contracting the disease.

A team, led by Yun Huang, Department of Medical Statistics, Sun Yat-Sen University, determined the most significant factors of Guillain-Barré syndrome and developed and validated a Bayesian network model to predict the risk of disease.

There is currently a lack of research into properly forecasting the key factors of Guillain-Barré syndrome. The estimated incidence rate of disease in the general population ranges from 0.8-1.9 cases per 100,000 person-years.

“Guillain-Barré syndrome is the most common and most severe acute paralytic neuropathy that develops in susceptible individuals after infection and, in rare cases, after immunization,” the authors wrote. “Although some epidemiological studies suggested that there may be a very small increased risk of GBS after influenza vaccination, causality remains controversial and is out of the scope of this study.”

Bayesian network models are known to be accurate, interpretable, and interaction-sensitive graph models in many similar domains.

In the study, the investigators used large-scale influenza vaccine post marketing surveillance data to identify 79,165 adverse events in the US and 12,495 European adverse events. The US data was derived from the Vaccine Adverse Event Reporting System between 1990-2017 and the European data was taken from the EudraVigilance system between 2003-2016.

Overall, the most significant factors leading to an increased risk of Guillain-Barré syndrome were age, gender, and 10 adverse events.

Males between 50-64 who have been vaccinated without erythema were at the highest risk of GBS. This is especially true when the individual also experiences symptoms of asthenia, hypesthesia, muscular weakness, or paresthesia.

There were obtained values of 0.829, 0.673, 0.854, and 0.843 for area under the receiver operating characteristic curve, sensitivity, specificity, and accuracy, respectively, during the external validation.

“The findings of this study illustrated that a BN model can effectively identify the most significant factors of GBS, improve understanding of the complex interactions among different postvaccination symptoms through its graphical representation, and accurately predict the risk of GBS,” the authors wrote. “The established BN model could further assist clinical decision-making by providing an estimated risk of GBS for a specific vaccinee or be developed into an open-access platform for vaccinees’ self-monitoring.”

Despite the increased risk of GBS, the investigators are still promoting the use of the influenza vaccine.

“Influenza vaccine is currently the most effective intervention to prevent millions of influenza-related visits to the physician each year,” the authors wrote. “Although the benefits of getting vaccinated far outweigh its risks, influenza vaccine is occasionally associated with adverse events, and as with most of medicine, there is a very rare chance of an influenza vaccine causing a severe reaction.

The study, “A Bayesian Network to Predict the Risk of Post Influenza Vaccination Guillain-Barré Syndrome: Development and Validation Study,” was published online in JMIR Public Health and Surveillance.

Our COVID-19 Vaccine Expectations Are Finally Getting Realistic 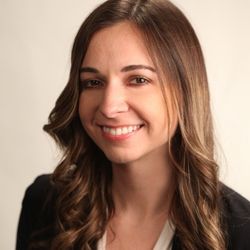