Biologic Use Linked to a Drop in Colectomies for IBD Patients

Over the course of the 19 year review, biologic use has increased, while the prevalence of colectomies has decreased.

The use of biologics in inflammatory bowel disease (IBD) has increased drastically in the last 2 decades.

However, it is unknown whether the increased use of biologics for IBD, particularly ulcerative colitis, has resulted in an increased in colectomies.

A team of doctors, led by the Cleveland Clinic, presented new data from the American College of Gastroenterology (ACG) 2020 conference on how the use of these medicines relates to colectomies.

After examining 61 million patients included in a commercial database between 2000-2019, 146,430 of which had an ulcerative colitis diagnosis, the investigators found that overall colectomy rates have declined since 2000.

Overall, the study included 15,020 patients who had a colectomy and 10,050 individuals treated with biologics. However, the prevalence of colectomies decreased from 10.8% in this patient population in 2000 to 2.1% in 2019.

The researchers attribute the decline directly to a linear increase in the prevalence of biologic medication utilization in ulcerative colitis. Overall, biologic use increased from 0.5% in 2000 to 12.8% in 2019 (P <0.001). 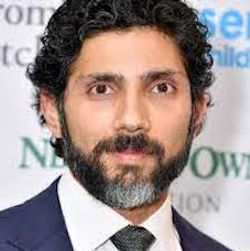