A new study contributes to the growing discussion around rheumatic disease treatment disparities.

Black patients with rheumatoid arthritis are more likely to receive glucocorticoids rather than biologics for their disease, according to new findings.

The new data, presented at the American College of Rheumatology (ACR) Convergence 2020, showed black patients were also more likely to present to the emergency department (ED)—further highlighted a specialty-stratified iteration of healthcare disparity in the US.

Investigators, led by Michael George, MD, MSCE, Assistant Professor of Medicine at the Hospital University of Pennsylvania, presented data from a longitudinal racial disparity-based assessment of rheumatoid arthritis treatment and ED use in a single tertiary academic center.

As they noted, healthcare disparity in the rheumatoid arthritis patient population remains “poorly characterized,” with prior studies having used the Ethnic Minority RA Consortium (EMRAC) to show non-Caucasian patients with arthritis commonly received fewer biologics than Caucasian patients, even after controlling for comparable disease activity and treatment access.

“With the explosion of effective therapies for rheumatoid arthritis, it is particularly important to make sure that we are treating patients in the best way possible,” George said in a statement.

George and colleagues conducted an analysis of de-identified electronic health record data from 2010-18 involving patients with at least 2 rheumatoid arthritis diagnoses from an outpatient encounter, and at least one prescription for disease-modifying antirheumatic drug (DMARD) during the follow-up period.

They measured patient demographics at the baseline visit, with medication use and comorbidities measured at baseline or at any point during follow-up. They also accounted for mean outpatient visits and ED visits annually, all within the same health system.

Patient characteristic and visitation differences were compared among black and white patients with rheumatoid arthritis via standard t-test and x2 analysis.

In assessing the findings, George and colleagues highlighted the potential association between increased steroid use and worsened outcomes among black patients with rheumatoid arthritis.

“This project supports prior work showing reduced use of biologics and a greater use of prednisone in patients who were black—which could potentially mean worse outcomes or increased steroid side effects in this group,” George said.

A key next step for research is interpreting the drivers of rheumatic care disparities and why they exist—be it due to differing therapy access, insurance, patient-provider communication and trust, health beliefs, or other factors.

“Variability in practice, and disparities in treatment, suggest that there is room for significant improvement,” George concluded.

The study, “Characterization of Racial Disparities in Rheumatoid Arthritis Treatment Choice and Location of Care,” was presented at ACR 2020. 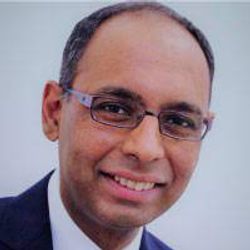 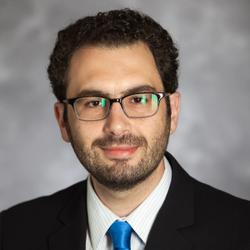