The full results from the proof-of-concept phase 2 study of blarcamesine suggests the drug’s impact on increasing sigma-1 receptor (SIGMAR1) mRNA expression corresponded significantly with responses on primary and secondary end points in this patient population.

Anavex Life Sciences noted it plans on submitting these data to the US Food and Drug Administration (FDA) to seek regulatory guidance.

"This is now the second independent placebo-controlled clinical ANAVEX 2-73 phase 2 study to confirm the predictive biomarker of response established with SIGMAR1 mRNA expression,” Christopher U. Missling, PhD, president and chief executive officer, Anavex, said in a statement. "We believe that the easily accessible predictive biomarker combined with the observed efficacy is a consistent explanation of the efficacy in this second largest CNS indication with unmet medical need. This data further strengthens the foundation of ANAVEX 2-73 as a cross-platform [central nervous system] drug.”

The phase 2 study included 132 patients with PDD randomized 1:1:1 to blarcamesine 30 mg, 50 mg, or placebo for up to 14 weeks. Study participants were allowed to be on a stable regimen of anti-PD medications, including levodopa, dopamine agonists, MAO-B inhibitors, or entacapone.

By the end of the study period, the MDS-UPDRS total score improved by ­10.98 points in the 50-mg dose group and worsened by 3.53 points in the placebo group, corresponding to a relative improvement of 18.9%. This far exceeds an empirically established cutoff of a 7.1-reduction for detecting meaningful clinical change.

The clinically meaningful improvements observed in patients with PDD suggest that the agent has the capability of slowing and reversing symptoms that progress in PD, an urgent unmet need for this patient population. Notably, blarcamesine did not impair sleep and had a positive effect on rapid eye movement (REM) sleep behavior disorder.

Patients in the high-dose group also experienced an ADAS-Cog mean change from baseline of –1.9, an 8% mean improvement from baseline to 14 weeks. Investigators documented a 4-point improvement difference of calculated corresponding ADAS-Cog score between the blarcamesine treatment group and the placebo group from baseline to the end of the study period. Anavex is also evaluating blarcamesine in a phase 2b/3 study that features patients with Alzheimer disease (AD).

The company recently announced that they have exceeded their target enrollment goal of 450 patients, and topline results from the ongoing study are expected to be announced by mid-2022. 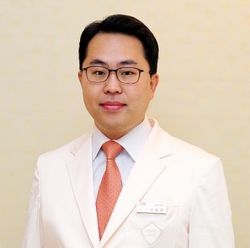