Bowel abnormalities like ischemia and cholestasis could be commonly found in abdominal imaging of patients with the coronavirus disease 2019 (COVID-19).

In the retrospective cross-sectional study, the investigators included 412 patients who consecutively admitted to a single quaternary care center who tested positive for the SARS-COV-2 virus.

The average of the patient population was 57 years old, with 241 men and 171 women included in the study.

The bowel findings included pneumatosis or portal venous gas, which was found in 20% of CT scans of ICU patients (4 of 20), while surgical correlation (n = 4) revealed unusual yellow discoloration of bowel (n = 3) and bowel infarction (n = 2).

“Bowel abnormalities and cholestasis were common findings on abdominal imaging of inpatients with COVID-19,” the author wrote. “Patients who went to laparotomy often had ischemia, possibly due to small vessel thrombosis.”

As testing capacity and case numbers continue to increase worldwide, some gastrointestinal symptoms including diarrhea, nausea/vomiting, abdominal pain, and loss of appetite have been increasingly recognized.

While lung injuries are the most common, liver injuries of uncertain etiology have been observed in patients, with increased frequency in severe cases.

The SARS-CoV-2 virus is believed to gain access to cells through surface expression of angiotensin converting enzyme 2 (ACE2). Tissues with high levels of ACE2 expression are assumed to be susceptible to direct infection.

The virus has also been identified in stool samples of a significant portion of infected patients. 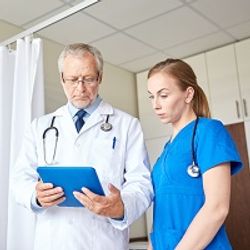 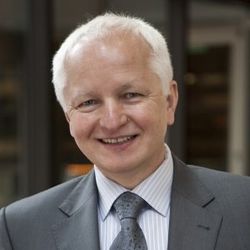