The findings suggest cannabis should be further investigated as an alternative to opioids.

Cannabis was more effective than inhaled placebo in interference in mood.

Donald Abrams, MD, and colleagues aimed to determine whether inhaled cannabis was more effective than inhaled placebo in reliving chronic pain in adults with sickle cell disease. Their findings suggested cannabis should be further investigated in larger and longer clinical trials as an adjunct or alternative to opioids.

The team of investigators conducted a pilot randomized clinical trial with patients with sickle cell disease and chronic pain admitted to a single inpatient clinical research center for 2 separate five-day stays from August 2014 to April 2017. Participants were using a stable pain medication for at least 2 weeks.

Furthermore, all patients enrolled needed to have prior experience smoking cannabis so they knew how to inhale and what neuropsychological effects to expect. Those who were current users were asked to stop any cannabis use for 1 week before study admission. All participants were also required to have prior exposure to cannabidiol (CBD) so they would not be exposed to further risk.

All participants were admitted for 2 inpatient stays of 5 days and 4 nights in the clinical research center. Stays were separated by at least 30 days. During 1 stay, the participants inhaled vaporized cannabis 3 times daily. During the other stay, they inhaled vaporized placebo cannabis on the same schedule. Participants remained on their outpatient analgesic regimen. Additional inpatient analgesics were prescribed as needed for increased pain.

To rate their chronic pain level, the participants scored how they felt on a visual analogue scale from 0-100. Participants rated their pain upon arrival and repeated daily, 2 hours after the morning drug inhalation. On days 1 and 5, participants completed the Brief Pain Inventory.

Abrams and the team included 23 participants in the study. Participants had a mean age of 37.6 years old and more than half (56%) were women.

Overall, cannabis use was well tolerated, and adverse events were mild and equivalent to those reported by placebo recipients. Because cannabis has been shown to be a generally safe intervention and patients with sickle cell disease often use multiple medications, the investigators noted the findings had the potential to encourage and guide future larger and longer investigations into the potential use of cannabis-based interventions in chronic pain.

The study, “Effect of Inhaled Cannabis for Pain in Adults With Sickle Cell Disease,” was published online on JAMA Network Open. 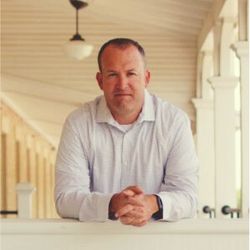