Results from a new, first-in-man clinical trial suggest a non-invasive ultrasound therapy (NIUT) could one day provide clinicians with an effective treatment for patients with valvular heart disease who are unable to undergo surgery or TAVI.

Presented during the PCR e-Course, investigators from the feasibility study concluded use of Cardiawave’s Valvosoft NIUT led to improvements in cardiovascular health and clinical status in patients with severe calcific aortic stenosis (CAS) who were not eligible for valve replacement.

Despite advances in the treatment of valvular heart diseases, a significant portion of patients with valvular heart disease are not eligible for transcatheter or open-heart procedures. With this in mind, investigators designed the first-in-man trial as a prospective, multicenter study in patients with severe symptomatic CAS patients not eligible for SAVR/TAVR.

A total of 10 patients were included in the study. These participants were recruited from Hôpital Européen Georges-Pompidou in Paris, France and the Amphia Hospital in Breda, the Netherlands.

The study included a pair of primary endpoints. The primary safety endpoint of the study was procedure-related mortality at 30 days and the primary performance endpoint was an improvement in pressure gradients and aortic valve area at 1-month post-procedure, which was measured by an independent lab. Secondary endpoints for the study examined the aforementioned safety and performance metrics beyond 1-month post-procedure.

Upon analysis, 1-month results indicated no patients experienced cerebrovascular accidents, there were no instances of deterioration of cognitive function, and no deaths occurred in the study population. Investigators noted 1 patient underwent hospitalization for right heart failure but this was resolved.

Additionally, 8 patients experienced an increase in aortic valve area, 7 experienced a decrease in their mean pressure gradient, and 7 patients underwent a change in NYHA class. In total, 6 patients were classified as responders and 4 as non-responders.

Of the responders, all 6 received focal energy of 180J/mm2 or greater for 45 minutes. Conversely, 3 of the 4 non-responders received less focal energy and/or for a duration less than 45 minutes, which investigators suggest indicates a minimum treatment duration or energy level may be needed to achieve a clinically significant effect.

At 6 months, 2 of the 4 non-responders had died. In comparison, only 1 of the 6 responders, which investigators attributed to progressive heart failure. Furthermore, there were no instances of stroke and no serious adverse events were attributed as procedure- or device-related. Investigators also highlighted the previously observed treatment effect for aortic valve area and NYHA class was maintained at 6 months.

The presentation from PCR e-course also underscored the need for future studies to evaluate higher energy doses and longer durations, as well as examining the therapy in larger population groups.

This study, “Prospective, single-arm clinical investigation for the safety and feasibility study of Valvosoft Non-Invasive Ultrasound Therapy (NIUT) in patients with severe symptomatic aortic valve stenosis,” was presented as part of PCR e-course. 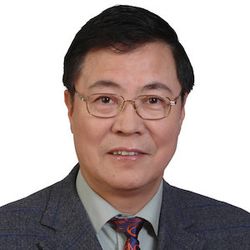