The accuracy of transient elastography following a sustained virologic response was considered poor.

There was a total of 746 patients included in the study, 95.4% of which with transient elastography of at least 10 kPa. In addition, 10.2% (n = 76) of patients underwent a liver biopsy 3 years following sustained virologic response.

Prior to beginning treatment, 63% (n = 46) of these patients showed a transient elastography greater than 15 kPa.

The best variable to predict cirrhosis after sustained virologic response (area under the receiver operating characteristic [AUROC], 0.79) was transient elastography prior to DAA treatment.

Liver biopsies 3 years after the hepatitis C virus has been eliminated with a median time of 38.4 months helped identify cirrhosis in 53.9% (n = 41) of patients.

Despite this, the accuracy of transient elastography following sustained virologic response was considered poor (AUROC, 0.75), with 27.3% (n = 6) of patients with transient elastography less than 8 kPa having cirrhosis. There were similar results found in the serological non-invasive tests of APRI and FIB-4.

“Cirrhosis is present, 3 years after SVR, in more than half of HCV-cACLD patients even the normalization of liver function parameters, serological non-invasive tests, and TE values,” the authors wrote. “The low diagnostic accuracy of non-invasive methods after SVR reinforces the need of long-term surveillance.”

A 2020 study shows DAA treatment was associated with a decrease in mortality among Medicare beneficiaries, regardless of cirrhosis status.

Direct-acting antiviral drugs are effective in treating HCV infections. In previous simulations, investigators discovered extended life as a key advantage of this drug class. However, real-world evidence on the link between DAA treatment and reduced mortality is understudied.

The adjusted hazard ration (AHR) of dying between patients with treatment and those without treatment in the cirrhosis group was 0.51 (95% CI, 0.46-0.57).

The study, “Elastography is unable to exclude cirrhosis after sustained virological response in HCV-infected patients with advanced chronic liver disease,” was published online in Liver International. 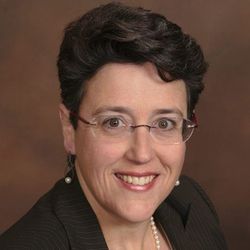