Age-related macular degeneration (AMD) clinical research may become better informed by findings from a new case series showing association between common genetic risk loci for the leading cause of blindness in the US and time to late-stage disease progression.

A multinational team of investigators observed specific associations between the CFH-CFHR5 locus on chromosome 1q32 (Chr1) and the ARMS2/HTRA1 locus on chromosome 10q25 (Chr10)—both independently and in combination—and AMD outcomes including late-stage disease and visual acuity (VA) loss. The findings show how the 2 most common genetic risk loci are linked to biological mechanisms driving specific AMD risks.

Led by Steffen Schmitz-Valckenberg, MD, of the Department of Ophthalmology & Visual Sciences at the John A. Moran Eye Center and Steele Center for Translational Medicine at the University of Utah, investigators sought to define the associations of the Chr1 and Chr10 loci with AMD progression.

As they noted, no therapy is yet available to stop or even slow progression of photoreceptor, retinal pigment epithelium (RPE) or chroiocapilaris atrophy and degeneration—all of which occur in late-stage AMD.

Schmitz-Valckenberg and colleagues conducted a case series assessment including 502 individuals who were confirmed homozygous for risk variants at both Chr1 and Chr10, or either risk loci, and were enrolled in the Genetic and Molecular Studies of Eye Diseases at the Steele Center. The patients were enrolled between September 2009 and March 2020.

The team reviewed multimodal imaging data to interpret AMD staging, as well as grading of complete and incomplete RPE and outer retinal atrophy. The main study outcome measure was hazard ratios (HRs) and survival times for conversion to any late-stage AMD—either atrophic or neovascular—and associated VA loss of ≥2 lines among genetic loci-risk patients.

The same risk groups predominately progressed to macular neovascularization AMD phenotype, which occurred earlier among them than patients with Chr1 risk.

“The findings of this case series study indicate that risk susceptibility solely at the AMD-associated Chr10 locus was associated with more rapid disease progression compared with genetic risk solely at Chr1,” investigators wrote. “Carrying the cumulative susceptibility with homozygotes risk alleles at both of these loci was not only associated with an even more rapid disease progression but also with a younger age of conversion to late-stage disease.”

The team concluded that validation of these associations is warranted in cohorts and further clinical analyses.

“We propose that this method will guide future therapeutic approaches, especially those that are directed toward Chr1- or Chr10-mediated pathways and targets,” they wrote.

The study, “Progression of Age-Related Macular Degeneration Among Individuals Homozygous for Risk Alleles on Chromosome 1 (CFH-CFHR5) or Chromosome 10 (ARMS2/HTRA1) or Both,” was published online in JAMA Ophthalmology. 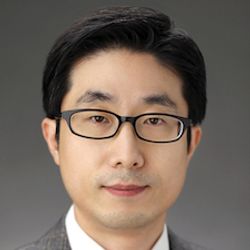 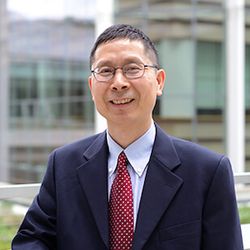 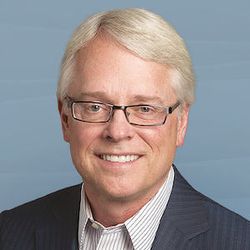