Comparing Severity of Flu and COVID-19 Is Not the Same

Authors say comparing mortality rates between the 2 conditions is a threat to public health.

The article, “Why Comparing Flu and COVID-19 Severity Is Not Equivalent,” was originally published on ContagionLive.

Seasonal influenza (flu) mortality rates cannot be compared to the mortality rate of coronavirus disease 2019 (COVID-19), according to a Viewpoint published in JAMA Internal Medicine.

In fact, doing such is a threat to public health and demonstrates the lack of understanding about how the data are collected for each infection by varying agencies.

Authors from Brigham and Women’s Hospital and Emory University School of Medicine outlined why the apparent equivalence of deaths from COVID-19 and seasonal flu are not capturing the entirety of the situation.

They said that public officials continually draw comparisons between the 2 infections, “often in an attempt to minimize the effects of the unfolding pandemic.”

The number of deaths from COVID-19 was estimated in early May to be approximately 65,000, which the authors agreed appeared similar to the estimated number of seasonal influenza deaths reported every year by the US Centers for Disease Control and Prevention (CDC).

However, that represents a fundamental misunderstanding of the way the CDC reports seasonal influenza morbidity and mortality.

It would be more accurate to compare weekly counts of COVID-19 deaths to weekly counts of seasonal influenza deaths, the authors said, due to COVID-19 fatalities being counted and reported directly instead of estimated.

By the numbers, according to the paper:

“These statistics on counted deaths suggest that the number of COVID-19 deaths for the week ending April 21 was 9.5-fold to 44.1-fold greater than the peak week of counted influenza deaths during the past 7 influenza seasons in the US, with a 20.5-fold mean increase,” the authors wrote.

The CDC also recognizes that their COVID-19 death counts are continually revised due to delays in reporting. The authors believed that the ratio of counted COVID-19 deaths to flu deaths will rise. Additionally, they said their ratios are more clinically consistent with the experiences of health care workers on the front lines.

The authors allowed for several considerations, including that testing capacity is limited for COVID-19 and there could be false-negative results. They also said that flu deaths are not reportable to public health authorities—while COVID-19 deaths are, which could lead to potential underreporting.

Drawing direct comparisons between 2 diseases, despite mortality statistics being collected by different methods, provides inaccurate information. The failure to consider these differences by experts “threatens public health,” the authors wrote, especially as they rely on the comparisons “to reopen the economy and deescalate mitigation strategies.”

“Although officials may say that SARS-CoV-2 is ‘just another flu,’ this is not true,” the authors concluded. “Our analysis suggests that comparisons between SARS-CoV-2 mortality and seasonal influenza mortality must be made using an apples-to-apples comparison, not an apples-to-oranges comparison. Doing so better demonstrates the true threat to public health from COVID-19.” 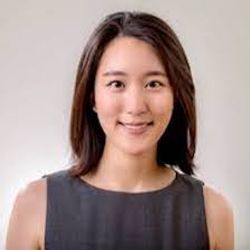 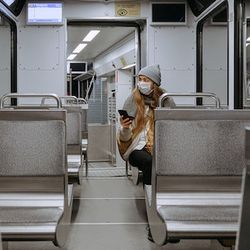