New findings from a cross-sectional study suggest that continuous glucose monitoring (CGM) use varied across age in patients with type 1 diabetes (T1D), with the highest adjusted probability found to occur in middle adulthood.

Data show the probability of CGM utilization saw a decrease with increasing age in older adulthood, which investigators attributed to barriers in CGM coverage for Medicare patients.

“Decreases in HbA1c differences over the lifespan suggest that adolescence is partly associated with higher HbA1c levels as well as possible survivorship bias, because older individuals with T1D may have better glycemic control regardless of CGM use,” wrote study author Joshua M. Weinstein, MPP, Department of Health Policy and Management, Gillings School of Global Public Health, University of North Carolina at Chapel Hill.

The introduction of small, remote continuous glucose monitoring has become standard in T1D care, but few studies have investigated age, the probability of CGM use, and the association of CGM use with glycemic control across the lifespan.

As such, the current study used data from the national T1D Exchange Registry (2017 - 2018) for individuals aged 10 to 85 years at 80 US clinics nationwide collected through medical records and patient questionnaires.

They presented the results as the fitted probability of CGM use across age and fit a linear regression model estimating hemoglobin A1c (HbA1c) levels by CGM use, age squared, and interaction of CGM use and age, controlling for the above covariates. They used 2-sided hypothesis tests with a significance threshold of P <.05.

In the study population, the mean HbA1c level was 8.57% (1.81%) and 5779 patients (30.00%) reported CGM use. Investigators observed the adjusted probability of CGM use decreased in adolescence and increased until approximately age 40. The CGM use probability remained relatively constant until age 60 and decreased until age 75, they added.

They noted that CGM use was associated with lower HbA1c levels across age compared with nonuse, but the association dwindled with increasing age.

Data show the adjusted mean difference in HbA1c levels among CGM users relative to nonusers was:

Weinstein noted that “the clinically significant differences in HbA1c levels (>0.50%) among CGM users and nonusers among youth and adult populations underscore the need to identify age-related barriers to CGM use.”

He added that future research should investigate patterns in CGM use and severe hypoglycemia, diabetic ketoacidosis, and health care utilization over the lifespan.

The research letter, “Association of Continuous Glucose Monitoring Use and Hemoglobin A1c Levels Across the Lifespan Among Individuals With Type 1 Diabetes in the US,” was published in JAMA Network Open. 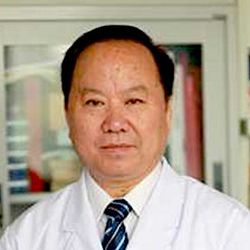