A new study on dapagliflozin use finds consistent risk reduction in treatment of patients with higher rates of kidney dysfunction.

A recent study found the use of dapagliflozin resulted in consistent risk reductions in patients with higher rates of kidney dysfunction, including those with type 2 diabetes.

Due to the higher rates of adverse cardiovascular (CV) outcomes in patients with kidney impairments, dapagliflozin worked to reduce the greatest absolute risk of both CV and hospitalizations for heart failure (HF).

Investigators, led by Stephen D. Wiviott, MD, of the TIMI Study Group, assessed the efficacy and safety of the sodium-glucose cotransporter 2 (SGLT2) inhibitor. The team conducted a secondary analysis of the randomized clinical trial Dapagliflozin Effect on Cardiovascular Events–Thrombolysis in Myocardial Infarction (DECLARE-TIMI 58).

The team found that dapagliflozin’s favorable effects were not offset by adverse events, such as major hypoglycemic events or amputations. The SGLT2 inhibitor therapy was effective in patients with the worst baseline kidney function, as well as helped decrease risk of HF hospitalizations, and in preventing kidney deterioration and reducing albuminuria progress.

Trial data encompassed 17,160 patients with type 2 diabetes. The baseline creatinine clearance of 60 mL/min was collected from May 2013 to September 2018, then categorized into subgroups.

Patient’s baseline glomerular filtration rate (eGFR) was calculated using the Chronic Kidney Disease Epidemiology Collaboration (CKD) equation (<60 vs 60 mL/min/1.73 m2) and the baseline urinary albumin to creatinine ratio (UACR) (<30 vs 30 mg/g). The CKD markers used the subgroups of 0, 1 or 2 to categorize patients into groups, based on the level of CKD experienced.

The DECLARE-TIMI 58 trial randomized patients with type 2 diabetes and risk factors for atherosclerotic cardiovascular disease (ACVSD) and had a 4-week run-in phase for either dapagliflozin or placebo. Standard-of-care medical therapy enrolled patients between May 2013 and June 2015.

Patients with type 2 diabetes and an eGFR lower than 60mL and UACR equal or larger than 30 mg/g were treated with angiotensin-converting enzyme inhibitors.

The study showed more markers of kidney dysfunction as having higher adverse CV outcomes, but the numbers showed risk reduction after treatment with dapagliflozin.

The patients with a higher likelihood of CKD were generally older, male and have ACVSD and HF. They were treated with angiotensin-converting enzyme (ACE) inhibitors or angiotensin receptor blockers (ARBs) (87.6%) and statins (81.4%).

The interaction between the drug and the placebo was observed with a greater treatment benefit for patients with higher markers of CKD.

Investigators conclude the relative risk for CV remained the same across kidney function and albuminuria status with the treatment of dapagliflozin but led to greater risk reduction in CV death or hospitalization for HF in more severe cases.

“The use of dapagliflozin showed generally consistent relative risk reductions but greater absolute risk reductions for the composite of CV death or HF for patients with more severe kidney disease (evidenced by both reduced eGFR and albuminuria), reflecting their increased baseline risk,” investigators wrote.

The study “Effect of Dapagliflozin on Cardiovascular Outcomes According to Baseline Kidney Function and Albuminuria Status in Patients With Type 2 Diabetes A Prespecified Secondary Analysis of a Randomized Clinical Trial” was published online in JAMA Cardiology. 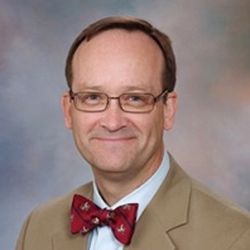 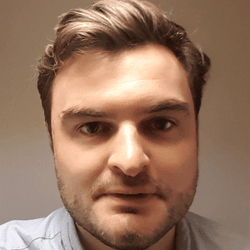