Dr. Lally discusses the effect of avacincaptad pegol treatment on the progression of geographic atrophy and intermediate age-related macular degeneration.

Over the weekend, important data on avacincaptad pegol treatment in patients from the GATHER1 clinical trial with nascent geographic atrophy and intermediate age-related macular degeneration (AMD) progression was presented at the American Academy of Ophthalmology 2021 Meeting.

He noted that the change from iRORA to cRORA began early, at month 6 of study, which seemingly continued on different trajectories past that marker, with continually widening gaps. Then, in the drusen to iRORA or cRORA analysis, avacincaptad showed no progression after months 12 to 18.

“There may be an opportunity here where the therapy can really slow down the progression of drusen, to OCT defined stages of atrophy,”  he said. “And that was different from what we saw in the sham group where between months 12 and 18, we saw continued progression from drusen to iRORA.”

“The broader picture here is if we can continue to explore iRORA and cRORA as clinical endpoints, we may be able to develop clinical trials for our interventional clinical trials hoping to intervene in these diseases at a much earlier stage,” Lally said.

Further, Lally explained what the FDA approval of avacincaptad pegol might mean for patients with dry macular degeneration and geographic atrophy, noting a current unmet need for these patients who are noticing their vision going down.

“Us physicians have never had tools in our tool belts to intervene and impact the progression of that disease,” Lally said. “So, it would mean a lot to both the treating physicians and the patients.

Lastly, he went on to discuss the GATHER2, noting good enrollment in the study and compliance with the study treatment.

“What that means is that we're going to get hopefully really good data to really understand whether in this second pivotal trial, that therapy does make an influence on reducing the progression of geographic atrophy,” he explained.

The study, “Nascent GA and Intermediate AMD Progression in the GATHER1 Clinical Trial: Post Hoc Analyses of 18-Month Data,” was presented at AAO 2021. 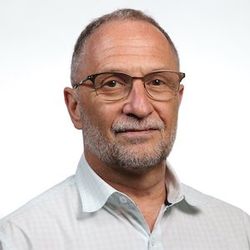