Exercise Could Lessen the Impact of Traumatic Brain Injuries

Traumatic brain injuries come with a diverse list of symptoms, making it especially difficult to treat.

A team, led by Bhanu Sharma, Department of Pediatrics at McMaster University, performed a systematic review to consolidate evidence from randomized and controlled clinical trials on the impact of exercise on cognitive and neuroimaging outcomes following traumatic brain injuries in humans.

The investigators did not place any restrictions on any demographic variable including age or severity of injury. The team found a total of 6 studies with an average of 42 participants that met the eligibility criteria.

Three of the studies used neuroimaging and reported exercise-related improvements as measured by either functional or diffusion-based imaging. The remaining 3 trials employed cognitive outcomes and reported largely null findings.

One of the challenges is that traumatic brain injuries tend to be diverse, with even milder brain injuries such as concussions are associated with a broad symptom set that includes cognitive impairment that may persist for more than 3 months in nearly half the patients.

In the more severe brain injuries, atrophy and neural tissue impairment, structures, and networks are observed, while neurodegeneration may be observed after repeated concussive and sub-concussive impacts.

The targets of traumatic brain injury should be the symptoms linked to brain injuries, as well as the potentially chronic neuropathology underlying the impairments.

Acute stage pharmaceutical trials of agents, including progesterone, have failed to effect neurological and functional outcomes, representing 1 of more than 30 therapeutic agents identified in pre-clinical studies that did not improve clinical outcomes when advanced to late-stage clinical trials.

Investigators have begun to explore and have success promoting non-pharmacological treatments.

Aerobic exercise interventions, which are defined as those which tax the cardiovascular and pulmonary systems to meet temporarily elevated oxygen demands have rehabilitative potential that can alleviate brain injury-related symptom burden, especially for concussions.

The investigators suggest future trials should statistically control for more than conventional demographic variables of age, sex, educational status, and time post-injury. Other variables to consider are measure of stress and depressive status, which can attenuate neuroplasticity and require statistical control.

Also, the inclusion of neuroimaging and cognitive outcomes in a single study could help determine whether exercise-induced neural recovery manifests as cognitive change.

“This review demonstrates that exercise shows promise [primarily with respect to neuroimaging outcomes] as a brain injury intervention,” the authors wrote. “While the field is young and heterogeneity between studies precludes meta-analysis, this review raises important questions that need to be addressed by future trials.”

The Expansion Toward Integrative Wellness Approaches in MS Care 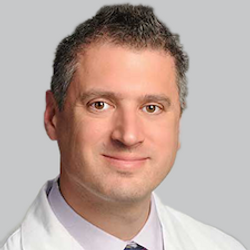