This decision could further exacerbate health inequities among populations that are socioeconomically disadvantaged.

A new investigation presented at the American Academy of Allergy, Asthma & Immunology Annual Meeting (AAAAI) 2022 found that households with dual burden of food allergy and food insecurity may be in the position of opting out of national food assistance programs that are designed to reduce food insecurity due to allergies.

Investigators noted that the eating habits and culinary practices people engage with – also known as “foodways” – help inform lives in substantial ways. Families with food allergies, for instance, must alter their eating behaviors for the safety of their allergic child, leading to disrupted foodways.

Investigators led by Linda Herbert, PhD, George Washington University School of Medicine, noted that this decision could be especially difficult for low-income families and those at risk of food insecurity.

Little is known about the burden of food insecurity among families with food allergy, which prompted the current study.

Herbert and colleagues surveyed parents of children with IgE-mediated food allergy in order to understand how the condition might exacerbate good insecurity by limiting participation in certain programs.

Between April 30 and June 30, 2021, a surveys were emailed to available parents and guardians of patients with food allergy at Boston Children’s Hospital and was additionally publicized on social media.

A total of 391 parents completely the survey.

Investigators obersved that the most common food allergy were tree nuts s (68%) and peanuts (66%).

Based on the Hunger Vital Sign, 5% of households were at risk of food insecurity, and household income was associated with food insecurity risk (chi-squared test, p<0.01).

Regarding the parent reports, 11% of children were eligible to receive free or reduced-price school meals. However, 70% of eligible families opted out of receiving them, the primary reason being FA (89%).

With the possibility of families affected by food allergy having to opt out of certain programs, investigators believed that “This could further exacerbate health inequities among populations that are socioeconomically disadvantaged.” 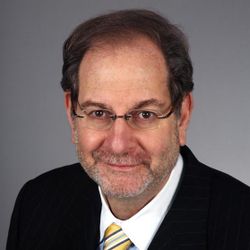