“Youth of minority race-ethnicity have higher prevalence of obesity and are at increase in risk for comorbidities,” the investigators wrote.

Further, they noted, while obesity prevalence has generally decreased from 2011-2018 in non-Hispanic White populations, obesity saw a marked increased in Hispanic and Non-Hispanic blacks in that same time frame.

Fasting blood glucose levels have been seen as a diagnostic measurement for diabetes as well as predictive of diabetes development.

“Elevated fasting blood glucose within the normal range has been related to a decline in beta cell function,” they indicated.

Therefore, the team, led by Reem Shawar, MD, Baylor of College of Medicine, sought to clarify this relationship in a cohort of Hispanic pediatric patients who were overweight or obese.

Shawar and colleagues enrolled 372 pubertal, nondiabetic adolescents with a mean age of 13.9 years. Of the population, 28% were considered overweight and 72% were obese.

They calculated the homeostasis model assessment of insulin resistance (HOMA-IR) and triglycerides to HDL ratio, and compared subjects across tertiles of fasting blood glucose, which were divided as blood glucose <90 mg/dL, 90-96 mg/dL, and >96 mg/dL.

“Our findings suggest that elevated fasting blood glucose may identify Hispanic youth with overweight and obesity who are at high risk for cardiovascular disease before progression to diabetes mellitus.”

They noted a need to develop similar studies for other race-ethnicity groups. Further studies aimed at uncovering a high cardiovascular risk range for fasting blood glucose would be warranted.

The Promise of Liraglutide

Recent data published this year emphasized the promise of liraglutide for patients with obesity and high cardiovascular risk.

A randomized clinical trial demonstrated the effects of the glucagon-like peptide 1 receptor agonist on weight reduction and cardiovascular events compared to placebo.

The investigators also observed significant reductions in liver by 33% as well as reductions in inflammation and fasting glucose level.

Trials such as this one only underscore how intertwined obesity, diabetic, and cardiovascular populations are in relation to cardiometabolic biomarkers and outcomes. 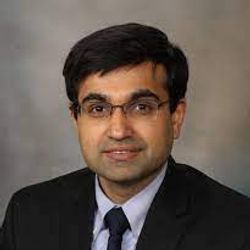