This article was originally published in ContagionLive.

The treatment, developed by Ferring Pharmaceuticals, is aimed at reducing recurrent CDI after antibiotic usage by being administered as a pre-packaged single-dose, consisting of 150 mL microbiota suspension from individual human stool donation.

VRBPAC voted on the following questions:

There are other treatments for patients with recurrent CDI, such as fecal microbiota transplantation (FMT). However, FMT is only recommended for patients with multiple recurrences who have also failed applicable antibiotic treatments. RBX2660 is intended to treat patients suffering from debilitating CDI, but who may not qualify for FMT.

CDI has a high rate of morbidity and mortality, in addition to draining health care resources. Approximately 500,000 Americans contract C diff each year, and 30,000 die from this highly resistant bacterium. This burden becomes greater and deadlier with each CDI recurrence.

The treatment was previously granted Fast Track, Orphan, and Breakthrough Therapy designations by the FDA. The treatment will be administered as a pre-packaged single-dose, consisting of 150 mL microbiota suspension from individual human stool donation. 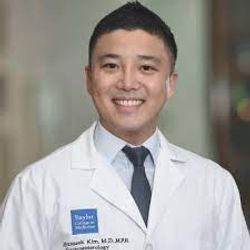